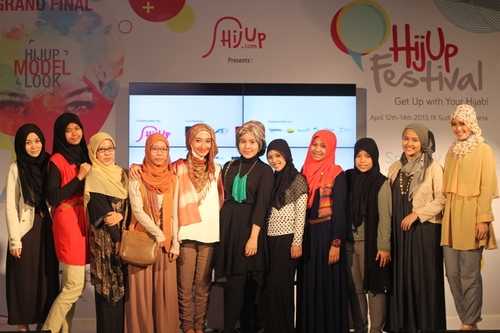 HijUp, an Indonesian Muslim fashion e-commerce site, has received a seed funding of an undisclosed amount  from a pool of global investors.

The seed round that included 500 Startups, Fenox Venture Capital and Skystar Capital allows the firm to extend its lead in the Indonesian market, prior to further international expansion.

The site claims to have championed the Muslim fashion market in Indonesia since launching in 2011, tapping the worldwide upward trend of hijab-wearing among Muslim markets.Within Indonesia itself, HijUp competes with similar sites like Saqina and Hijabenka.

HijUp’s also claimed that it’s attracted more than 100 Indonesian fashion designers to its site, including names like Dian Pelangi, Ria Miranda and Jenahara, with HijUp maintaining their  reputation as internationally recognized designers in the Muslim fashion community.

According to Diajeng Lestari, founder and CEO of HijUp, “Indonesia is one of the largest Muslim markets in the world and has the potential to become la capitale mondiale de la mode Muslim”.

In addressing the opportunities presented by the $224 billion Muslim fashion market, while promoting adherence to Islamic values, they’re creating avenues for both cultural diplomacy and positive business outcomes.

Eddy Lee, principal and head of investments at Fenox Venture Capital, stated “With our global network, we will be working hand-in-hand with HijUp as they enter new international markets, and fostering partnerships between the startup and multinational enterprises.”

Claiming to have received 1.6 million unique visitors in 2014, ~ 20 per cent of whom were from other countries with significant Islamic populations like Malaysia, India and the United States, HijUp suggests that there’s significant business potential in accessing certain market segments despite the public relations hazards associated with marketing to them.

With huge international potential, few e-commerce players have catered to the niche Islamic market, which stretches across Southeast Asia. It traverses India, Xinjiang and Central Asia to the Middle East and across sub-Saharan Africa.