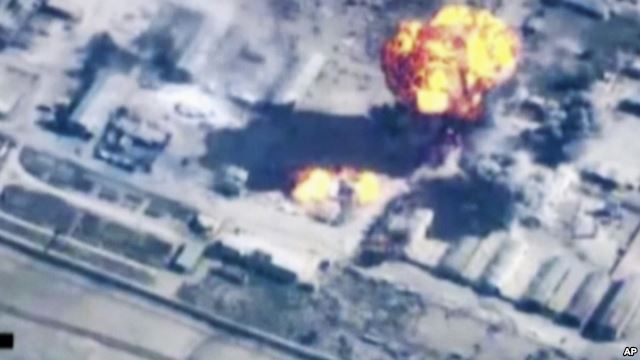 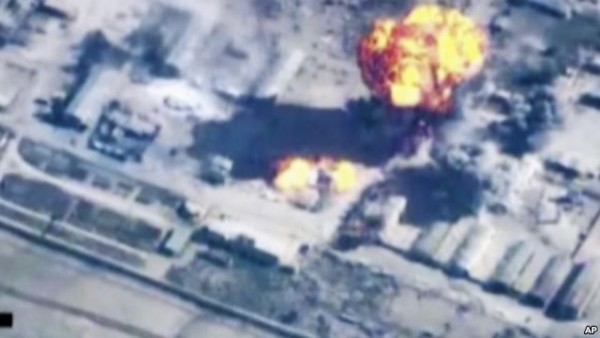 U.S. Secretary of State John Kerry said the U.S.led coalition is on the road to degrading and destroying the Islamic State (IS) group. President Obama’s special envoy for the coalition, retired Marine General John Allen, said he expects a major Iraqi-led counter-offensive against the IS group in coming weeks.

Kerry described to U.S. television viewers Sunday on NBC’s Meet the Press a coalition that is more committed than ever, particularly in the aftermath of the execution by burning of Jordanian pilot Muath al-Kaseasbeh, seen on a video released last week.

“The resounding reaffirmations of commitment throughout the Arab world have been heartening and strong. I mean, here’s what’s happening: 22-percent of the populated areas that they held have been taken back already, and that’s without launching what we would call a major offensive. It’s with the efforts of the Iraqi army as it is being retrained and standing up again to reclaim some territory as they begin to probe. We have taken a significant proportion of the top leadership of ISIS. Their command and control have been attacked interrupting their command and control. They no longer can communicate as they were, as openly. They no longer travel in convoys the way they were, as openly, or where they do they’re at great risk,” said Kerry.

Kerry acknowledges a lot remains to be done and that the effort to degrade and destroy the IS group is a long-term project. He also said Iraq’s military is not ready to move yet against IS and it would be a great mistake, strategically, for them to move before that time.

Retired Marine General John Allen said there will be a major Iraqi-led ground offensive in coming weeks. Speaking to Jordan’s Petra news agency, Allen said Iraqi forces, being advised by coalition partners, have retaken the Mosul dam. He said IS has been denied key supply routes to Mosul, as well as the Rabia crossing into Syria. The U.S. envoy said Amerli, in northern Iraq, once besieged by IS, has now been relieved, while the Haditha dam on the Euphrates River is no longer threatened.

Allen added that members of the coalition, including advisers from Australia, New Zealand, Spain, Portugal, Belgium, the Netherlands, Denmark, Germany, France and Italy, are training Iraqi troops in four camps in preparation for the counter-offensive. He said when the Iraqis go on the offensive, they will be backed by major coalition firepower.

The envoy, who appeared Sunday on ABC’s This Week, said the execution of the Jordanian pilot backfired on IS and has galvanized and unified the Arab members of the coalition.

Allen warned, however, that the IS group is at an “entirely different level than al-Qaida was.” He said they are more organized, have better command and control capabilities and have a better “situational awareness of a broader battle space across the entire region.”

Jordan’s media minister, Mohammed al-Momani, told U.S. television viewers on CBS’s Face the Nation that coalition partners are not yet speaking about putting troops on the ground in Iraq or Syria.

“Having said that, this is a war and His Majesty [King Abdullah], at some point, described it as a Third World War. So, if circumstances change, we will discuss it at that point, but, at this point of time, nobody is talking about boots on the ground. The talk is about helping the Iraqi military, the Kurdish armed forces and the Syrian opposition moderate forces to help fight terrorism,” said al-Momani.

The Jordanian official said airstrikes carried out over three days have destroyed 20 percent of IS targets. He said the death of his country’s pilot created a wave of anger across the Arab and Muslim world. He also said people are convinced more than ever that terrorism and extremism must be defeated.

The chairman of the U.S. House Homeland Security Committee, Congressman Michael McCaul, said on CBS’s Face the Nation that U.S.-led airstrikes have been limited and are aimed only at containing, not destroying, the IS group, which he said poses a security threat to the U.S. homeland.

“We have 50,000 ISIS [fighters] strong and growing. There are about 15,000 to 20,000 foreign fighters, 5,000 with Western passports. We’ve had hundreds of Americans that have traveled and fight in the region and some of those have returned. So, we’re talking about barbarians at the gate. We need to keep them out of the gate and we need to monitor those who’ve gotten through the gate. This is a serious homeland security issue,” said McCaul.

Referring to last month’s attacks in Paris on the offices of the Charlie Hebdo satirical magazine and a kosher grocery that left 20 people dead, McCaul said he does not want to see what happened in France occur in the United States.