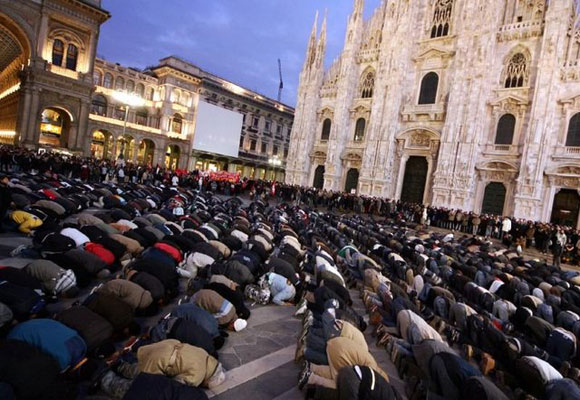 Muslims living in the Pee Dee area say they condemn the acts of terrorists such as those who attacked a French magazine recently, and they say such acts don’t reflect the truth about Islam.

Muslims in the area say they haven’t faced much of the discrimination that Islamic groups have reported in other parts of the country. But they say they understand why negative rhetoric toward Muslims has risen over the past two decades.

Abdul “Albert” Ghani, a founding member of the Florence Islamic Center, said there’s a widespread misconception that fuels the stigma often associated with Islam; the false idea there’s only one kind of Muslim, one that’s characterized by violence and hatred.

“You often see beheadings and suicide bombings and other murders on the news, in the name of Islam … but that is not true Islam,” Ghani said. “They are killing real, good Muslims, and other innocent people, because we refuse to follow such hatred. This is new to Islam; it does not follow what we believe.”

In January, two Al-Qaeda-affiliated gunmen attacked the offices of Charlie Hebdo, a satirical newspaper that published controversial images of Muhammad, killing 11 people and harming dozens of others.

While members of the center in Florence agree that satirical drawings of their prophets are offensive, they also say violent retaliation over ridiculing of the faith is not a lesson that Islam teaches.

“We don’t like what the French magazine was doing, but Islam teaches that you don’t follow your own passions,” said Zain Abedin, a speaker at the center. “Those gunmen took justice into their own hands without any moral or legal authority. What they did is not acceptable.”

Abedin said terrorists are as much an enemy to Islam as they are to everyone else. He said the radicals committing violent acts in the name of Islam aren’t basing their actions on any part of the faith, but act on their personal political agendas.

“Of course people are going to hate Muslims if all they see is what is shown on the news,” Ghani said. “But what they see is not Islam. All you see is violence and murder … and nobody wants that. It is psychotic and it doesn’t make sense.”

Abedin said the actions of radical groups such as Al-Qaeda and the self-proclaimed Islamic State are often depicted as a representation of the faith, but contradict the very foundation of what actual pious Muslims believe.

“Those groups don’t represent Islam and they don’t have any authority to speak on our behalf,” Abedin said “We don’t know where their beliefs came from. They have no sympathy or support from any traditional or pious Muslim groups.”

He said it’s the media’s responsibility to report on “out-of-the-ordinary” events and that is no exception with radical behavior. He said the reason people rarely hear about the “normal, everyday Muslim” is that there is nothing unusual to report; there is nothing negative or unordinary about the majority of the faith, so the true face of Islam is hidden.

A thought echoed by several members of the center is that the negative views of Islam can be lessened if Muslims continue to denounce the actions of radical groups and focus on the teachings of their faith, not the actions of terrorists.

“All genuine Islamic organizations have condemned these radical groups,” Abedin said. “We condemn them but we can’t apologize for what they are doing. If we dwell on them it’s like continually saying ‘I’m sorry’ for something you didn’t do. They do not represent us and deserve no recognition.”

They said that if the radicals who claim to be Muslim were truly following the teaching of the Quran they would not be spreading peace and self-control, not fear and violence.

“Islam says ‘if you kill one person unjustly, it’s like killing the whole humanity,’” Abedin said. “Every life is important and only God has the final authority for all of us.”

“Islam is meant to come from the heart, to help others and spread peace, and like others, our purpose is to come closer the one almighty God that deserves to be worshipped,” Ghani added. “The only one we submit to is God. Not to those who harm innocent people.”

In 2010 the mosque Ghani attends was vandalized with offensive language using bacon, which prompted a hate-crime investigation by the FBI. He said that despite some of the prejudices that remain prevalent in the U.S., he’s very proud to be an American.

The response from authorities and outpouring of support from the community makes him feel safe in the present and hopeful for the future.