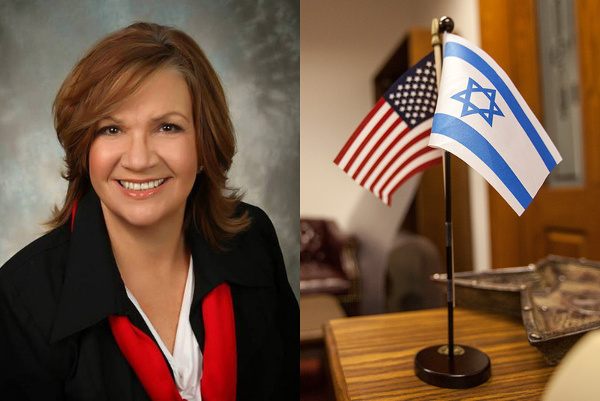 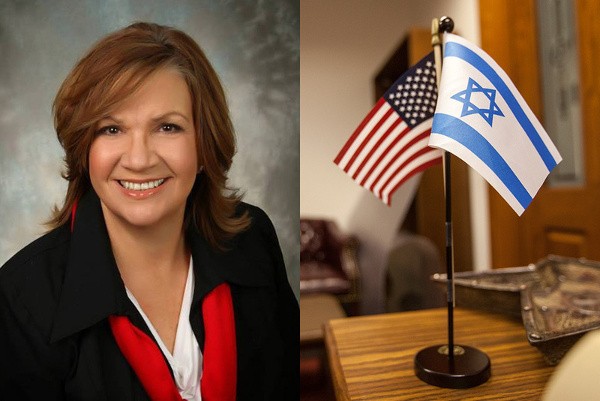 A representative of the United States’ state of Texas, Molly White is forcing Muslim visitors to her office swear allegiance to America next to an Israeli flag on Texas’s Muslim Capitol Day, according to the Texas Tribune, Vox reports.

Texas Muslim Capitol Day is an event organised by the American-Islamic Relations Council, in which Muslims from Texas travel to Austin to learn about political activism and meet with state representatives.

White took to her Facebook page to send out a special message to Muslims who dared to enter her office:

Meanwhile, protestors outside the State Capitol building were holding signs with messages like “Save America, Stop Islam” and “Go Home and Take Obama with You.”

White’s message could imply that she has assumed all American-Muslims are enemies of the US, unless they pass this rite of passage which includes posing next to the Israeli flag.

Since 2010, eight US states have passed legislation prohibiting the use of “foreign law” or “sharia law” in American courts.

At least 25 states have considered such laws. Former Speaker of the House Newt Gingrich called for a federal equivalent.

Though these state laws often use neutral language, the clear intent is to single out Islamic law — which in reality has a number of interpretations and is in no way being imposed on Americans. The father of this legislation, a lawyer named David Yerushalmi, once wrote that “the Muslim peoples, those committed to Islam as we know it today, are our enemies.”

However, it is important to note that Yerushalmi is not the only anti-Muslim activist. He is part of a larger activist network that argues that American Muslims pose a threat to ‘American freedom.’

Likeminded groups received about $42.6 million in external funding between 2001 and 2009, according to a Center for American Progress report , according to a reported at Vox.