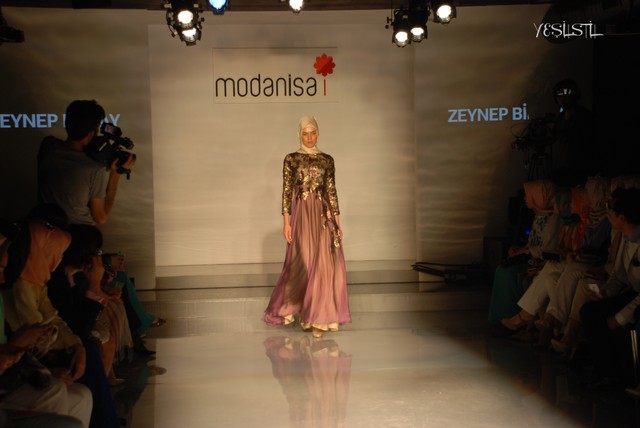 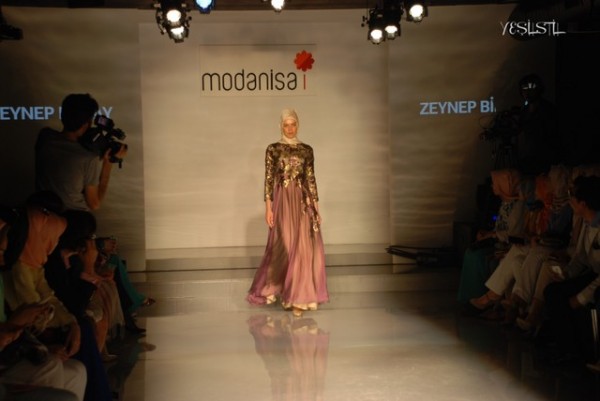 The Muslim fashion market is estimated to be worth $200 billion (£132 billion), yet a fraction of those funds are online. Turkish startup Modanisa jumped at the chance to be part of a movement remedying that, and giving women more fashion-forward choices. Founded by a serial entrepreneur and a retail consultant, the company wants to provide “choice in style” to 400 million Muslim women globally, with 300 brands and more than 22 designers selling through the platform today, just four years after launch. The UK is Modanisa’s fourth largest market, and the company plans on building a “social hijab network in English”.

What problem do you solve?

Even though there is a huge market, Muslim women’s fashion needs were under-addressed for years. The Western fashion industry used to think that Muslim women’s fashion was all about black burkas. Besides that, local producers were repeating what they had been doing for many years. Also, there were up and coming designers who wanted to reach this underserved audience but didn’t have a channel.

Who do you view as your competitors?

Modanisa is one of the first (if not the first) multibrand online retailers in the world for this segment. According to the 2015 Reuters and Dinar Standard’s Global Islamic Economy Report, modanisa.com is the most popular conservative fashion site in the world. There are online outlets of brick and mortar brands like AkerOnline.com, Armine.com. And there are online fashion retails for men and women like ShukrOnline. There are multibrand and exclusive women fashion stores like Hijup.com.

Why are you better?

Our strategic location: Modanisa is located in Turkey, which is the biggest conservative fashion market in the world today. The biggest Islamic fashion consumer markets Iran, Egypt, Saudi Arabia, France and the UAE are a two-to-three-hour-flight away from us. We have better production quality and speed — we have the great advantage of superior textile production quality in Turkey; within a 25-mile radius form Modanisa’s Istanbul headquarters you can spot more than 400 medium-size textile manufacturers. The homeland advantages above help us scale and provide better prices and better quality. We also provide “Express Delivery” as a standard. We mostly send parcels to European cities in 48 hours.

Why do you think this service was not launched before?

Western companies thought Muslim fashion was about black burkas and some ethnic styles, and somehow they label it as niche and “not worth serving”. A few local players were enjoying this big potential and didn’t need to launch any new services. They were not even launching new styles every season.

Where did you get the idea for the business?

The idea didn’t come to us in an instant but through out an observation process. People around us were talking about how hard is to find hijab-friendly clothes in “modern” retail stores and everybody was complaining about the lack of variety and the high prices. Kerim was in Mecca in 2009, and there were millions of people but not a single modern Muslim retail brand for women. Millions of Muslim women were either shopping from small traditional hijab and abaya shops or from hijab stalls.

We saw that a couple of modern conservative stores that existed were doing better than their “non-conservative” rivals. We decided to built an online store, convince the producers to make hijab-friendly, conservative clothes for us, and serve this market globally.

How would you sum up your company ethos?

To provide the latest fashion in conservative style and help conservative women to look stylish while following the dress codes of Islam — all with excellent customer service. The Modanisa lady is: modern not marginal, feminine not sexy, conservative not narrow-minded, social not asocial.

How the business has developed?

In May 2011 we started with two full-time employees and an outsource ecommerce platform in a 150m2 office (including the warehouse). Since that time, Modanisa grew 4.2 times, on average, every year. We have 4.5 million Modanisa.com visitors each month, 109 full-time employees, 35 percent of Modanisa’s sales are international and our warehouse is now 7,500m2.

What has been the most challenging time for the company?

The most challenging time was the first few months of the business, convincing brands to sell online at modanisa.com and convincing producers to convert some of their styles into hijab-friendly style.

How did you overcome that?

First we paid cash to convince them. We took all of the inventory risks. Then producers and the brands witnessed the potential and started to use modanisa.com as one of their channels.

Do you have any advice for dealing with potential investors?

One of our chances was presenting at the Startup Turkey demo day in 2012. The super angel from Etohum angel investors network, Hasan Aslanoba, offered us the first round of investment right after our presentation. I can clearly say that applying to startup accelerators is a good way to start.

What is the best piece of advice anyone has ever given you?

Focus on what you do best.

Which businessperson do you most admire and why?

Richard Branson. Because of his determination, passion and his entrepreneurial courage.

What is your biggest barrier to future success?

Financing to scale becomes a key to sustain continued growth.

Where do you see your industry in ten years?

The Muslim fashion market is a more than $200 billion (£132 billion) consumer market and it will be doubled. There will be global brands with Islam-inspired modesty and a global appeal.

What barriers do you need to overcome to grow even further?

We need $20m (£13m) funding to sustain growth and use the first movers advantage to be the first global Muslim fashion brand of the world. We also need to attract more talent in HR with global experience.

Have problems arisen from selling/operating in different countries?

Payment methods are limited and the delivery costs are quite high in some Middle Eastern and African countries — that is limiting the eCommerce potential.