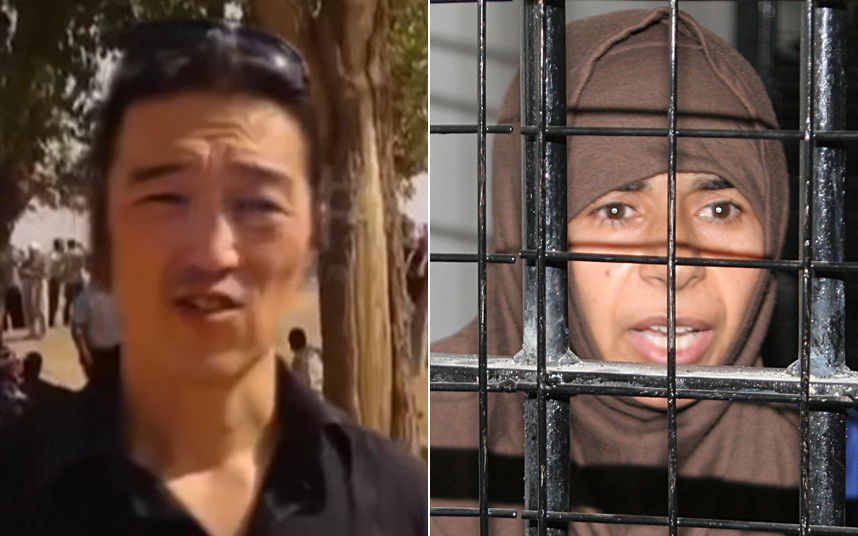 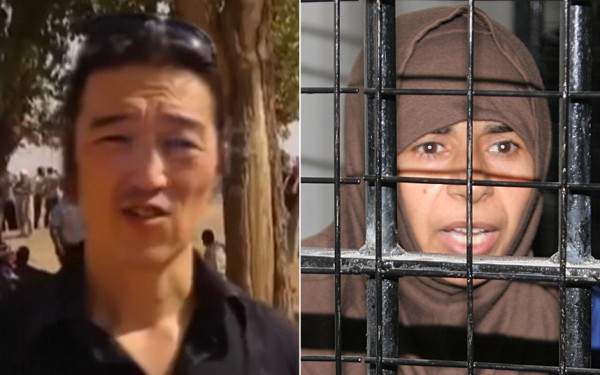 The Islamic State of Iraq and the Levant (ISIL) has reportedly demanded the release of an Iraqi woman detained in Jordan in exchange for a Japanese national they are holding captive, following the group’s apparent killing of another Japanese citizen.

In a video recording generally deemed credible, which was posted online on Saturday, Kenji Goto, a freelance journalist abducted while reporting on Syria’s civil war last year, is shown holding a picture of what appears to be the body of Haruna Yukawa.

In the footage, Goto speaks of ISIL’s demand for a prisoner exchange to guarantee his release.

“They are just demanding the release of their imprisoned sister Sajida al-Rishawi. It is simple. You give them Sajida and I will be released,” Goto says.

Japanese Prime Minister Shinzo Abe on Sunday branded the apparent murder of Yukawa as “outrageous and unforgivable” and demanded the immediate release of Goto.

“Such an act of terrorism is outrageous and unforgivable,” Abe told broadcaster NHK.

Rishawi has been held by Jordanian authorities since 2005, and has not been seen publicly in about nine years.

She was arrested and later sentenced to death “for conspiracy to carry out terror acts” after a triple bomb attack on the Radisson SAS hotel in Amman, the Jordanian capital, in November 2005.

Now believed to be in her early-40s, Rishawi was arrested four days after the attack, in which her husband, Ali Hussein al-Shammari, and two other Iraqis, blew themselves up.

In a television confession after her arrest, she said that she too had tried but failed to activate her explosives at a wedding reception. Sixty people died in the attack.

Al-Qaeda in Iraq, the predecessor to ISIL, claimed responsibility for the bombings.

“A group of our best lions launched a new attack on some dens … After casing the targets, some hotels were chosen which the Jordanian despot turned into a backyard for the enemies of the faith,” a statement on a website usually used by the group said.

The armed group has taken large parts of Iraq and Syria and declared a caliphate in territory under its control in June.

Since then it has fought the Syrian and Iraqi governments, other armed groups and Kurdish forces.