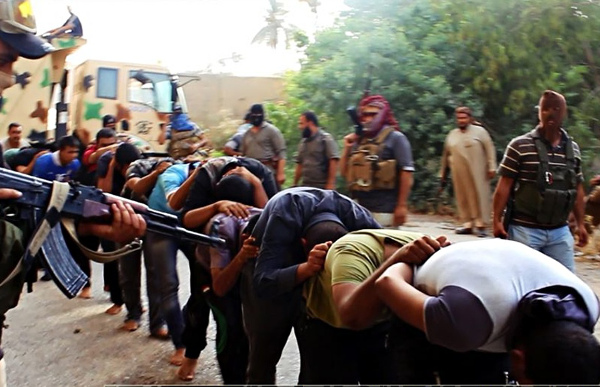 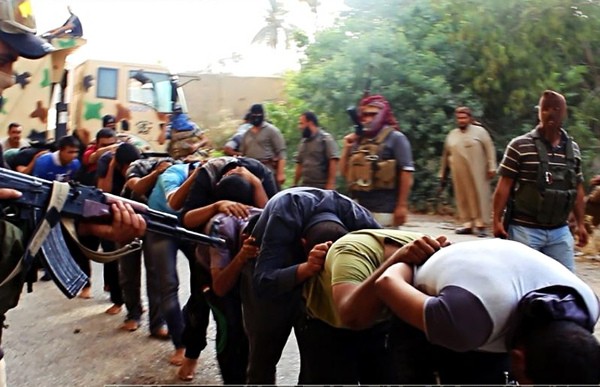 The images of the so-called Islamic State’s (IS) meting out their version of justice are brutal.

In the last week, men appear to have been thrown off buildings, accused of being gay. Another woman is shown being stoned to death for allegedly committing adultery. Yet another image shows two men crucified and shot to death, accused of banditry.

IS boasts it governs through strict observance of Sharia law, but experts say it’s doing anything but that.

According to the U.N. High Commission for Human Rights, the Sharia courts set up by IS are “unlawful” and the punishment doled out by them is “cruel and inhuman.”

It is difficult to confirm reports from people under the rule of IS.

But there have been reports from Raqqa, Syria in which residents said they were not sure the Sharia courts “actually listened to evidence.” The brutal punishments, they said, were to “instill fear.”

Mainstream Muslims have sharply criticized the IS version of sharia.

Hundreds of Muslim scholars penned what they called an “open letter to Baghdadi,” referring to the self-proclaimed caliph of IS, condemning the oversimplification of “Sharia matters,” and stating that it is forbidden to “ignore the reality of contemporary times when deriving legal rulings.”

“The only things that we have seen show a completely lack of due process,” said Joseph Lumbard, an assistant professor of classical Islam at Brandeis University. “They are not grounded in any methodologies in the classical school of Islamic law.”

He added that many of the so-called judges likely lack the qualifications needed to make legal rulings.

“We should really be calling them pseudo courts,” he said.

The violence of the punishments have a political agenda, experts say.

“My intuition is that they’re trying to do these spectacularly violent things to show they’re making a break with modernity in a radical way, said Mohammad Fadel an associate professor at the University of Toronto specializing in Islamic legal history. “The default assumption [among radicals] is the more anti-modern, the more authentic it must be.”

Lumbard said the West and other Muslims are likely audiences for the militant group’s medieval punishments.

“What they’re trying to communicate is ‘we take no quarter,’ and ‘we will not be messed with any more,’” Lumbard said.

In classical Islamic jurisprudence the law was a check, Lumbard said, not an arm of the state as it appears to be in the Islamic State.

Much of the IS spin on Sharia is isolated verbiage cherry-picked from Islamic history, experts said.

“I could take a verse from the Bible and say my neighbor was working on that Sabbath and kill him,” Lumbard said.

“These people, given their theological bent, are applying what the earliest [Muslim] community did based on reports one can find in books in Islamic history,” said Fadel. “They didn’t mean them to be binding.”

Fadel said you could find a report of a homosexual being punished by having a wall collapse on them, but “that doesn’t mean it was the usual manner for dealing with homosexuality.”

“Most of these crimes require a very high level of evidence,” Fadel said. “It’s hard to believe they could reach that,” citing that in order to make the case for adultery, there must be “four male eyewitnesses to penetration” or a confession.

“It’s hard to imagine that’s being applied,” he said.

The scholars also point out that some punishments fly in the face of orthodox Islamic law.

For example, the letter to Baghdadi says it is forbidden to force anyone to convert to Islam.

But recently an elderly Christian woman named Raheel told Reuters that she was hauled out of a Mosul elderly home and brought before an IS court and forced to convert. She said armed guards stood in the room as she stood in front of the judge.

“The judge began his speech, in a soft and elegant manner, and he was citing verses of the Koran and sayings of the Prophet Mohammad,” she told Reuters.

“He said that Islam is the true religion and that we must embrace it or we would die as infidels,” she said after her freedom was obtained this month in an arrangement between Islamic State and Chaldean church representatives.

Many of the punishments and proclamations are brutal, but some are also absurd.

Last week IS released a dozen pigeon breeders after they’d been paid off. IS members told the family members of one breeder that the practice was “un-Islamic.”

“He is not following the real Islam, he must be punished for being a pigeon breeder,” the fighters told the father of a breeder, according to NBC news. “This habit is taking him away from worshiping Allah.”