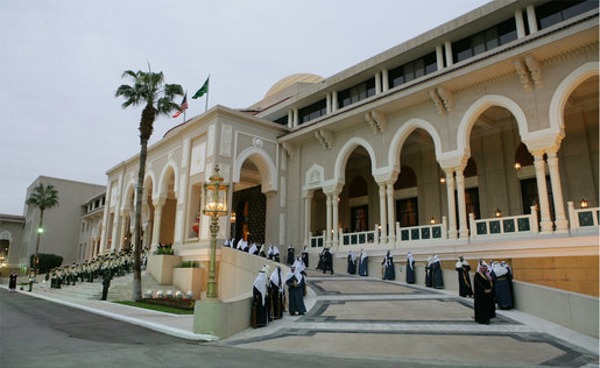 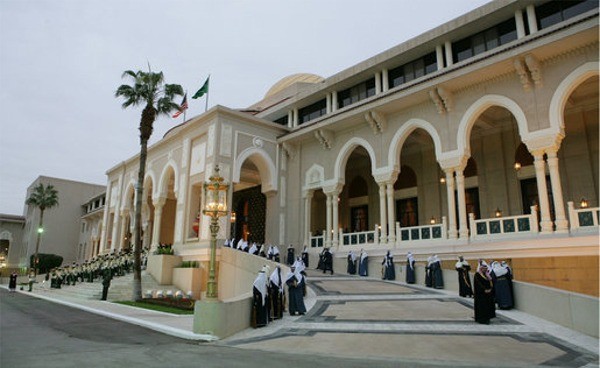 King Abdullah’s writ lasted all of 12 hours. Within that period the Sudairis, a rich and politically powerful clan within the House of Saud, which had been weakened by the late king, burst back into prominence. They produced a palace coup in all but name.

Salman moved swiftly to undo the work of his half-brother. He decided not to change his crown prince Megren, who was picked by King Abdullah for him, but he may choose to deal with him later. However, he swiftly appointed another leading figure from the Sudairi clan. Mohammed Bin Nayef, the interior minister is to be his deputy crown prince. It is no secret that Abdullah wanted his son Meteb for that position, but now he is out.

More significantly, Salman, himself a Sudairi, attempted to secure the second generation by giving his 35- year old son Mohammed the powerful fiefdom of the defense ministry. The second post Mohammed got was arguably more important. He is now general secretary of the Royal Court. All these changes were announced before Abdullah was even buried.

The general secretaryship was the position held by the Cardinal Richelieu of Abdullah’s royal court, Khalid al-Tuwaijri. It was a lucrative business handed down from father to son and started by Abdul Aziz al Tuwaijri. The Tuwaijris became the king’s gatekeepers and no royal audience could be held without their permission, involvement, or knowledge. Tuwaijri was the key player in foreign intrigues — to subvert the Egyptian revolution, to send in the troops to crush the uprising in Bahrain, to finance ISIL in Syria in the early stages of the civil war along his previous ally Prince Bandar bin Sultan.

The link between Tuwaijri and the Gulf region’s fellow neo-con Mohammed bin Zayed, the crown prince of Abu Dhabi, was close. Tuwaijri is now out, and his long list of foreign clients, starting with the Egyptian President Abdel Fattah el-Sisi may well feel a cooler wind blowing from Riyadh. Sisi failed to attend the funeral on Friday. Just a question of bad weather?

Salman’s state of health is cause for concern, which is why the power he has given his son is more significant than other appointments announced. Aged 79, Salman is known to have Alzheimers, but the exact state of his dementia is a source of speculation. He is known to have held cogent conversations as recently as last October. But he can also forget what he said minutes ago, or faces he has known all his life, according to other witnesses. This is typical of the disease. I understand the number of hospital visits in the last few months has increased, and that he did not walk around, as he did before.

So his ability to steer the ship of state, in a centralized country where no institutions, political parties or even national politics exist, is open to question. But one indication of a change of direction may lie in two attempts recently to establish links with Egyptian opposition figures.

I am told that senior advisers to Salman approached an Egyptian liberal opposition politician and had a separate meeting with a lawyer. Neither of them are members of the Muslim Brotherhood but have working contacts with it. Talks were held in Saudi Arabia in the last two months about how reconciliation could be managed. No initiative was agreed, but the talks themselves were an indication of a more pragmatic, or less belligerent, approach by Salman and his advisers. It was understood that these meetings were preparatory to a possible initiative Salman may announce once he was in power.

The policy of the late King was to declare the Brotherhood terrorist organization on a par with the Islamic State and al Qaeda.

Even before the Sudairis made their move, a power struggle within the House of Saud was apparent. Early on Thursday evening, rumors on Twitter that the king was dead flooded the Internet, which is the primary source of political information in the kingdom. There were official denials, when a Saudi journalist on al Watan newspaper tweeted the information.

The palace’s hand was forced when two emirs tweeted that the king was dead. MBC TV network cut broadcasting and put the Koran on screen, a sign of mourning, while national television kept on with normal programming. This was a sign that one clan in the royal family wanted the news out quickly and the other clan was stalling for more negotiations.

The need for a change of course is all too apparent. On the very night in which the royal drama was taking place, a political earthquake was underway in Saudi Arabia’s backyard, Yemen. President Abd Rabbu Mansour Hadi, his prime minister and government resigned after days of virtual house arrest by Houthi militia. Hadi’s resignation leaves two forces in control of the country both of them armed to the teeth: an Iranian backed militia which gets its training from Hezbollah, and al Qaeda, posing as the defender of Sunni muslims.

It is a disaster for Saudi Arabia and what is left of the ability of the Gulf Cooperation Council to make any deal stick. Their foreign ministers met only the day before. Yemen’s former strongman Ali Abdullah Saleh, who was levered out of power three years ago and who according to leaked telephone calls, advised the Houthis on how to grab power, is now calling for fresh elections, and there were already calls on Thursday night for the south to split away from the North. Yemen, in other words, has officially become the Middle East’s fourth failed state.

The meteoric rise of the Houthis in Yemen was not the result of spontaneous combustion. It was planned and plotted months ago by Saleh and the United Arab Emirates. Saleh’s son, the Yemeni ambassador to the UAE, was a key figure in this foreign intrigue, and as I reported before, he met an Iranian delegation in Rome. This was picked by US intelligence and communicated to Hadi. The year before, the then Saudi intelligence chief Prince Bandar flew a leading member of the Houthi delegation via London for a meeting. Incredible as it seemed, the Saudis were re-opening contact with an Iranian backed Zaydi or Shia sect with whom they had once fought bitter wars.

The Saudi/Emirati plan was to use the Houthis to engage and destroy their real target, which was Islah, the Islamist party and chief representative of the Sunni tribes in Yemen. As elsewhere in the Arab world, the entire focus of Abdullah foreign policy after 2011, was to stop the Arab spring in its tracks in Tunisia and Egypt and crush all forces capable of mounting an effective opposition in the Gulf States. Everything else, including the rise of Saudi’s foremost regional rival Iran, became subservient to that paramount aim to crush democratic political Islam.

The Yemen plan backfired when Islah refused to take up arms to resist the Houthi advance. As a result, the Houthis took more control than they were expected to, and the result is that Yemen stands on the brink of civil war. Al Qaeda’s claim to be the only fighters prepared to defend Sunni tribesmen, has just been given a major boost.

It is too early to tell whether King Salman is capable of, or even is aware of the need for changing course. All one can say with any confidence is that some of the key figures who stage-managed the Kingdom’s disastrous foreign intrigues are now out. Meteb’s influence is limited, while Tuwaijiri is out.

It is in no-one’s interests for chaos to spread into the Kingdom itself. Maybe it is just coincidence that Abdullah died almost on the eve of the anniversary of the January 25 revolution in Egypt. But the timing of his death is a symbol. The royal family should learn that the mood of change, that started on January 25 is unstoppable. The best defense against revolution is to lead genuine tangible political reform within the Kingdom. Allow it to modernize, to build national politics, political parties, real competitive elections, to let Saudis take a greater share of power, to free political prisoners.

There are two theories about the slow train crash which the Middle East has become. One is that dictatorship, autocracy, and occupation are the bulwarks against the swirling chaos of civil war and population displacement. The other is that dictators are the cause of instability and extremism.

Abdullah was evidence in chief for the second theory. His reign left Saudi Arabia weaker internally and surrounded by enemies as never before. Can Salman make a difference ? It’s a big task, but there may be people around him who see the need for a fundamental change in course. It will be the only way a Saudi King will get the backing of his people. He may in the process turn himself into a figurehead, a constitutional monarch, but he will generate stability in the kingdom and the region.