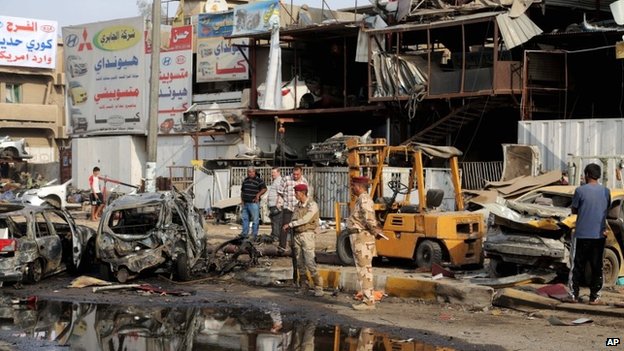 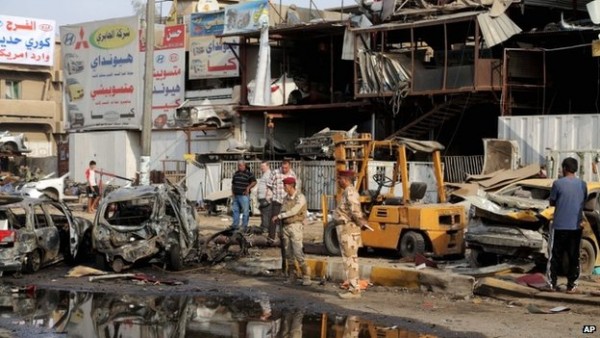 Simultaneous bomb attacks in central Baghdad have killed 11 people and wounded 19 others, police officials have said.

One of the two bombs exploded on Sunday in a bus terminal near a wholesale electronics market in Bab Al-Sharji, killing seven and injuring 11, police sources say.

The second bomb exploded at approximately the same time at a restaurant in a market for steel and construction items in Al-Kifah, killing four and injuring another eight, police added.

It was not clear why the two sites were targeted and no group immediately claimed responsibility for the attacks.

Fighters from the Islamic State of Iraq and the Levant group, which controls large swathes of territory in Iraq’s north and west, have claimed responsibility for several recent bombings and suicide attacks in the capital.