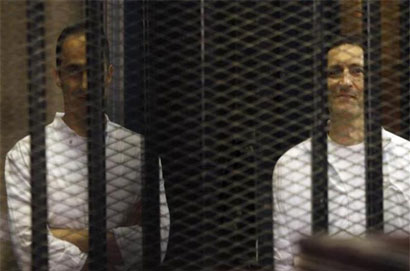 An Egyptian court has ordered the release of the sons of ousted President Hosni Mubarak pending their retrial in a corruption case, their lawyer told the Reuters news agency.

Farid el-Deeb said on Thursday this meant that Alaa and Gamal Mubarak should be released because they were not being tried in any other cases.

Mubarak’s eldest son, Alaa, was a businessman, while his youngest son, Gamal, was a senior official in the ruling party and widely tipped to succeed his father before popular protests brought down the regime in 2011.

The brothers have been held in detention since April 2011, two months after their father resigned in the face of a popular uprising.

Mubarak was sentenced to life in prison for involvement in the deaths of hundreds of people during the 18-day uprising. He was acquitted and is now facing a retrial.