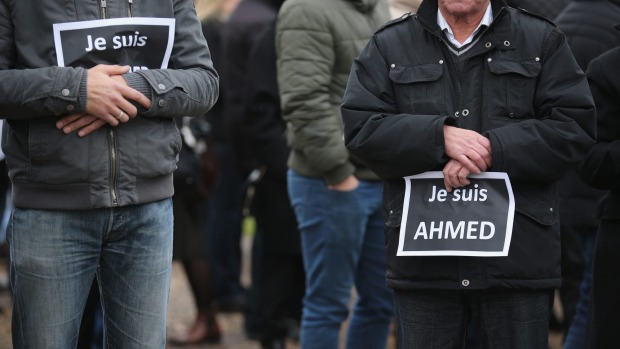 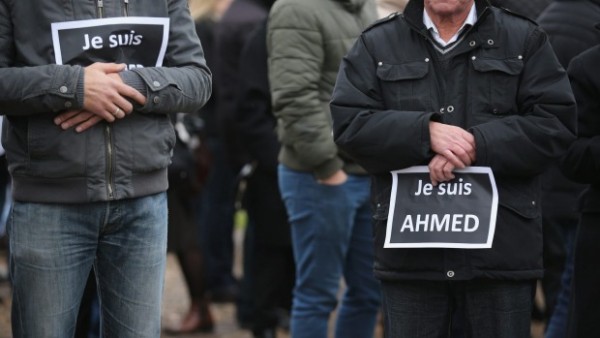 The attack on Charlie Hebdo is first and foremost an attack on France’s most fundamental value. Freedom of thought and speech was adopted during the revolution in the 18th century (Right of Man). French people are known for their love of arguments and rationales, so much that this has become their cultural identity. And rightfully, the country also has many extraordinary philosophers and thinkers. The Charlie attack therefore can be seen as an attack on the right to be French on the French soil.

However, there are questions we have taken for granted that we know the answer. Well, probably not.

1.  Is this truly a clash between Islam and the West?

Let’s make a strong note that two of the victims are Muslims: Mustapha Ourrad – Charlie Hebdo’s copy editor, and Ahmed Merabet – a police officer. Twenty two Muslim countries condemned the attack, including countless of Muslims world-wide. Protests were held even in Ramallah, Palestine. Hezbollah leader stated that the attack is more offensive to Islam than the caricatures themselves.

Obviously, it cannot be Islam versus the West if Muslims are found on both side of the battle. In fact, Muslims are the first victims of terrorism and radical Islam. The number of Muslim being murdered by extremists is 8 times higher than that of non-Muslim.

Calling this incident a clash of Islam and the West also means denying that Muslims share some most fundamental human rights with the rest of humanity. It is a serious offence to perceive that because these people are Muslims, they don’t deserve to have the basic rights that Western people enjoy, simply because their values dictate the opposite.

Millions of Muslims have been on the front as dissidents and activists, fighting for the same right of freedom and democracy, by all the same means that we know in the West: peaceful protests, opinion giving, and of course satire. They are the Muslim Charlie whom we don’t know, have not heard of, or denied the right to exist because we are hopelessly trapped in our own polarized thinking system of Us versus Them.

My personal tweet a few days ago went like this: “I am Mustapha – the cartoon editor who exercised the freedom to criticize his own religion and was murdered for doing so”.

2.  Are Muslims responsible for the attack?

One of the most disgusting tweets in the last few days comes from media tycoon Rupert Murdoch. He wrote: “Maybe most Moslems peaceful, but until they recognize and destroy their growing jhadist cancer they must be held accountable”.

If we take this ridiculous tweet for real, that 1.6 billion Muslims have to be made responsible for the act of some radicals in the name of Islam, then every single one of us should immediately hang our head in shame. To be more specific, more than 2 billion Christians should be accountable for the Crusades since these were conducted in the name of Jesus, or 80 million Germans should be kept saying apology because Hitler murder some 5 million innocent souls in the name of German pure blood and nationalism.

Similarly, nobody has the right to ask Muslims in all corners of the world to confirm their stand on being moderate. By doing so, you assume every single Muslim to be guilty of terrorism until they profess their view.

Muslims bear no particular responsibilities in this attack, except responsibilities that are expected to be exercised by law-abiding and decent citizens. They have been the victims of their co-religious radicals, they need not to become victims of everyone else. Their situation resembles that of other marginalized groups. A popular tweet of Sally Kohn hits this hypocrisy:

Author Rowling replied to Murdoch’s ignorant tweet: “I was born Christian. If that makes Rupert Murdoch my responsibility, I’ll auto-excommunicate”

3.  Do the attackers deserve their martyr “titles”?

Kouachi brothers were reported to drink and smoke pots, an image that is far from what a decent Muslim is supposed to be, let alone a martyr.

They grew up without care from parents, very little education, jiggling on temporary jobs such as pizza delivery or at the supermarket. Unfortunately, being marginalized makes young people like them easy preys for religious radicals who manipulate the vulnerability of the situation.

Millions of Muslims who were born and raised in the West from immigrant families are prone to self-confusion and value clash. Their parents were too busy settling down in a new home land and did not or could not give the education needed for so big of a contrast and so complex an identity. Being French, Muslim, Arab, and Algerian (in this case of Kouachi) all at the same time together with all different customs and norms can be problem for young kids. Those that overcome this hiccup fare further, but not without struggles. Those that are left behind become the human robots of radicalism: “Are you confused with who you are? Let me give you your true identity. You are Islamist. Your country is the universal Islamic state. And your life purpose is to be a jihadist to serve God”. Problem solved!

Kouachi is a typical case. His marginalized youth was fully exploited by political grieves as he tried to fly to Iraq to fight against America’s invasion. Three years in an over-loaded prison put him in a heaven of radical Muslims and hardened the young man. At the core of the issue, it is much wiser to see his motivation from political point of view rather than a genuine cause from religious appeal.

Writer Joan Coal also supports this point of view by stating that Al-Qaeda’s intention was to trigger hatred on Muslims in France, creating distrust, promoting revenge and a collapse from inside.

4.  Can violence be justified?

Freedom is never unlimited. There are the principle of harm (John Stuart Mill) and the principle of offense (Joel Feinberg) that dictate the limit someone can exercise his/her freedom.  The issue here is that each person, each culture, and each nation has its own interpretation of what is harmful and offensive, as well as the acceptable threshold of freedom. This is stated in the constitution and law. In case of conflicts, parties can sue each other for crossing the red line. Charlie Hebdo has been sued before.

So the rule of the game is very clear. One needs to pick equivalent weapon for a fair play. The attack on Charlie violated this rule. It is as if one has entered the ring with a stick and the other armed himself with a gun. One’s purpose is to have a fearless fight while the other’s purpose is to kill the opponent, so no more fights EVER can be played.

Honestly, Charlie Hebdo is a tad too much for my taste. In many other countries, their drawings can be downright hate speech. A serious law suit can see them closing down and getting a new job. However, their right to exist in France is undebatable, unless a French court issues a verdict that their work is harmful for the society. This is the foundation of a law-enforcement country. Nobody has the right to hijack the legal system and take law in their own hands.

For Ahmed the police officer, his death is a powerful statement of this very fundamental right: “Chalie Hebdo offended my religion. And I died protecting their right to offend, and my right to be offended”.

Within the boundaries of laws, this is the only choice to do since it is the only lawful way to give everyone a chance to fight back (even with equal amount of offensiveness), and retrieve the justice.

It is understandable that many of us are suspicious towards Muslims. Very likely, most of us have never communicated properly with a Muslim, let alone befriend with them. Their distorted profile is formed by breaking news where every attack is overdone with religious tone. According to PEW, 27% of the French dislike Muslim. The number is 33% in Italy and 64% in Germany.

The attack on Charlie also reminds us to re-examine our right to freedom of speech, since it never separates from the responsibility to our actions. We can rest assure that the law protects our right to be offensive, but we should also listen to our Jimini cricket of conscience. As Sally Kohn said: “When I open my mouth, I don’t want to be part of the problem, I want to be part of the solution”.

Finally, what we can do to deal with extremism is NOT to act the same. Letting a battle cry to kill the extremists makes us no worthier than the extremists themselves. We lose the battle by letting the demons demonize us. In Norway, the country replied to Utoya massacre NOT with a war on terror but a promise to bring even more democracy, more openness, and more freedom.

I am curious whether similar thing will happen in France, whether Le Pen will mount, whether people can understand that 5 million French Muslims are actually French. They are here to stay. They cannot and will not go anywhere since this is their homeland. They are part of France’s blood and flesh, inseparable. And when they can gain a decent forum, those that have been voiceless will voice surprisingly the very best of French values: Liberty, Equality, and Fraternity.

About the author: Dr Phuong-Mai Nguyen teaches Middle East studies at Amsterdam University of Applied Sciences, The Netherlands. This is a keynote she gave in response to the attack on Charlie Hebdo. She has published a book after spending one year, tracing the path of Islam from where it began, westward to Africa and eastward to Asia. Follow her blog here