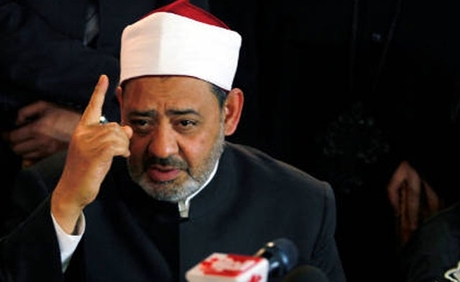 This week’s deadly attack on the satirical French magazine Charlie Hebdo is drawing condemnation from Muslims around the world. But, many also are upset at what they see as the paper’s offensive cartoons.

Mainstream Islamic leaders and organizations rushed to condemn the Wednesday shooting as a horrific act of terror that goes against the principles of Islam.

Al-Azhar, one of the most respected institutions of Sunni Islamic learning, called the attack “criminal” and “an offense committed against Muslim sentiments.”

The Organization of Islamic Cooperation also released a statement saying such acts of terror “only represent the criminal perpetrators,” and not Islam as a whole.

Condemnations also poured in from the leaders of Muslim-majority nations, such as Syria, Iraq, Egypt and Saudi Arabia.

Even Iran’s foreign ministry denounced the attack. But it criticized what it said are “abuses of freedom of speech” and “character assassination of religious figures.” That response is in reference to the French magazine’s often mocking cartoon portrayal of the Muslim Prophet Muhammad, among other religious figures.

Ahmed Rehab, executive director of the Chicago chapter of the Council on American-Islamic Relations, says he was not necessarily “emotionally offended” by the cartoons, but he did find them to be “in poor taste.”

“I think as a society, we ought not champion offending people’s sacred spaces and symbols in the name of freedom of speech, but when it happens, we ought not excuse penalizing such people with death or violence,” said Rehab.

Other Muslims are offended at the notion that they should have to respond at all to acts of religious extremists they are not associated with.

Abdullah Al Athba, a Qatari journalist, urged that Muslims via Twitter “don’t apologize for a crime you didn’t commit.”

Some extremists used Twitter to broadcast a more radical approach. On Twitter, the Arabic hashtags #revengefortheprophet and #parisburns were trending.

On an Iraqi-based radio station run by the Islamic State group, a statement called the gunmen “heroes” who avenged the Prophet Muhammad.

All suspects shooting in the shooting and other apparently related attacks which involved hostages have since been killed in raids to apprehend them.