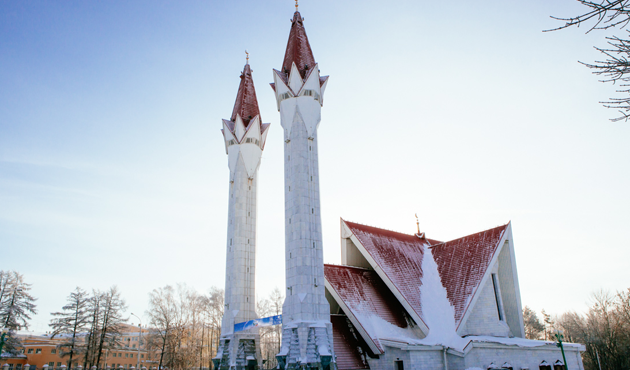 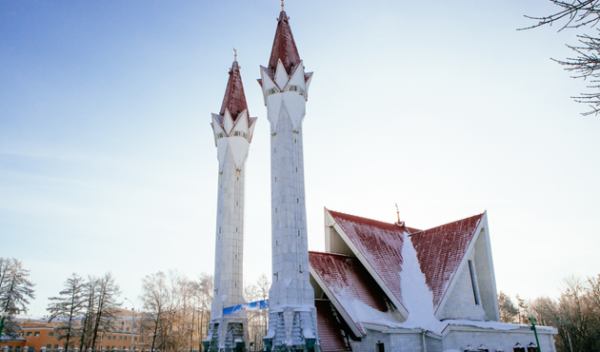 The Tulip Mosque (Lala Tulpan) in Siberia has opened for worship in Ufa,  the capital of Baskurtistan and is attracting attention with its unique architecture, which is under snow for most of the year.

The Tulip mosque in Russia’s Siberia is attracting attention  and adding vitality to the city that is near the North Pole.

The mosque which had begun construction during in 1989 during the Soviet era overcame many obstacles to be built and construction finished in 1998. The mosque has been names the Tulip mosque because of its uniquely tulip shaped minarets.