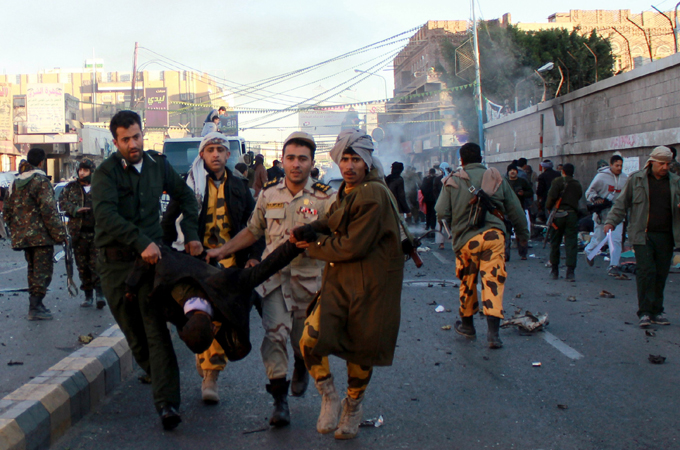 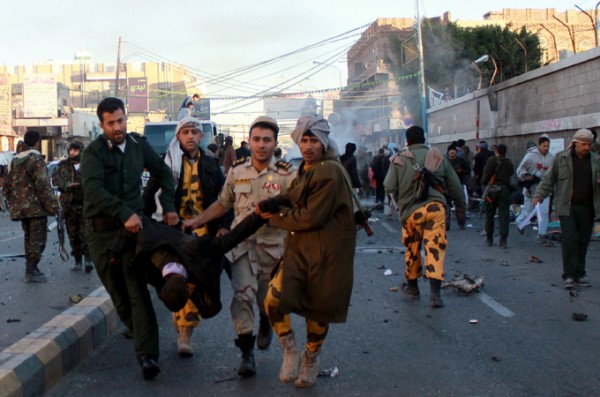 A car bomb has exploded outside a police college in Yemen’s capital Sanaa, killing at least 38 people, police sources and residents in the area have said.

A police source said on Wednesday that a dozen others were wounded in the explosion that targeted a centre of Houthi fighters near the police academy officers’ club.

The blast was heard across the city and a large plume of smoke was visible in the area of the college.

Photographs purporting to be of the aftermath of the explosion, distributed on Twitter, showed the mangled wreckage of a vehicle and bloodied people lying prone on a pavement, but the pictures could not be immediately verified.

No one has claimed responsibility.

Security in Yemen has diminished since a 2011 popular uprising that led to a change of government and splits in the army. Al-Qaeda in the Arabian Peninsula (AQAP), one of the movement’s most active wings, has staged a growing number of bombings and shootings across the country.