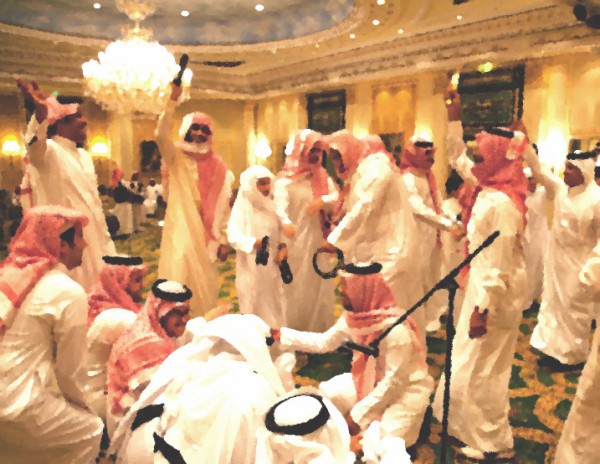 A new bride in Saudi Arabia faced the most unexpected turn of events on her wedding day. When her veil was lifted and the groom saw her for the first time (who had never met her before), declared: “You are not the girl I want to marry. You are not the one I had imagined.” He then demanded an ‘instant divorce’.

It goes without saying that this groom is a cruel buffoon and the story has only captured international attention because of his outrageous idiocy.

Criticism of his actions for not having met his bride prior to the ceremony and not taking the decision to marry more seriously are well-founded. In Islamic teachings, men and women are encouraged to meet before they wed; ensuring that there is physical attraction is naturally recognised as an important criterion. Islamic teachings emphasise the importance of getting to know a potential partner, their life goals, and establishing mutual interests. In waiving this part of the process, the groom was acting outside of those teachings. Social conventions may once have dictated the ‘meet on the wedding night’ tradition, but there is no founding for this in my religion’s teachings.

There is also speculation about whether this story is true, after all it plays too conveniently into our stereotypes of powerless Muslim women, and crazy Muslim men. But truth or fiction, the fact is that social structures are still stacked in favour of Muslim men when it comes to marriage – despite Islamic teachings laying the foundations of mutuality in relationships. And this unfairly rigged social reality needs to change fast.

In my own experience, growing up in this country in a sub continental Muslim culture, I vividly recall the focus and guidance given to me and my female friends from a young age about seeking a partner, marriage being ‘my fulfilment’ and how I had to learn the techniques to be a good successful wife. Of course it’s great for everyone to be taught how to build a strong relationship. The problem is that in my culture, this guidance is still given overwhelmingly to women and men receive very little if any emphasis on their role in the marriage. No wonder that a groom can then declare in front of an audience that he finds his bride unattractive. He’s probably never been taught basic relationship etiquette. For that I demand to know what the family, the community and the clerics conducting the marriage were busy offering him by way of guidance.

Relationships are always hard, and wives are encouraged by Muslim scholars to be patient. If he’s not fulfilling his responsibilities, be patient. If he’s never at home, be patient. If he doesn’t treat you with respect, be patient. I’ve been married 10 years and I agree that patience is important. It gets you through the tough times. But what Muslim women try to communicate over and over again to religious influencers is that this advice is rarely (if ever) given to men with the same force, and yet it needs to be.

Another Islamic teaching taught more to women than men is that divorce, while allowed in Islam, is something disliked by the faith. Of course it’s an important attitude that a relationship should be given every chance to succeed. But it’s often used to pressure Muslim women into staying in marriages they are unhappy with.

Moreover, Muslim men are rarely reminded by the male religious establishment that the Prophet Muhammad once said: “The best of men are those who are good to their wives,” or that he used to cook, clean and even sew in the home.

Putting the power of ‘instant divorce’ into men’s hands acts is a form of oppression. According to certain Islamic scholars, a man simply has to say ‘I divorce you’, and the deed is done. Yet the Qur’an is explicit that in matters of divorce, there should be a lengthy process of mediation involving family and third parties to support the couple in achieving the best outcome, whether that be staying together or ultimately separating. So while women are advised to ‘be patient’, men are given free rein to decide major life decisions on the spur of the moment.

Thankfully, things are changing, but they need to do so faster. Marriage contracts are a growing phenomenon. In fact, in Iran, they are stipulated by law, and enshrine the right of divorce for women. In India, one Muslim woman fed up of male religious panels pronouncing on the reality of women’s lives without even letting the aggrieved wife put forward her case, set up a women’s mosque and is campaigning for women’s tribunals.

And it’s worth noting that the unique cultural norms of a country like Saudi Arabia (where this original story allegedly took place and where women are still not permitted to drive) do not exist in many Muslim countries. In places like Malaysia and Indonesia, it’s quite commonplace especially in cities, for young Muslim men and women to find their own marriage partners. Even the outrage on social media to this Saudi groom’s response show that attitudes are shifting.

My final thoughts are for the bride. Whilst this might appear to be one of the most terrible and traumatic moments of her life, it was the best possible outcome from a wedding to a man who cannot take relationships seriously. However painful, he’s done her a massive favour. So to this woman I say: Congratulations on your divorce!