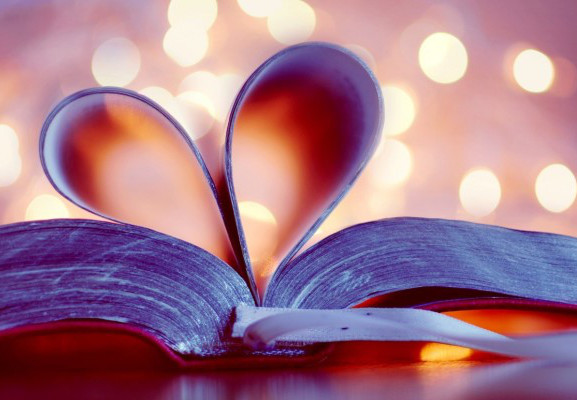 “Verily, among the most perfect Believers in Imaan, are those who are best in character and kindest to their wives.”

Even lifting a morsel of food to the mouth of the wife has been given the significance of ‘ibaadat (worship). It is an act of love by which the husband derives thawaab (reward in the Hereafter).

It was part of the Uswah Hasanah (Noble and beautiful Character) of Rasulullah (sallallahu alayhi wasallam) to engage in light-hearted talk with his wives. Hadhrat Abu Hurairah (radhiallahu anhu) said:

“Allah loves a man who caresses his wife. Both of then are awarded thawaab because of this loving attitude and their rizq (worldly provision and earning) is increased.”

When a husband clasps the hand of his wife with love their sins fall from the gaps between their clasped fingers. Even mutual love between husband and wives serves as a kaffarah ‘(expiation) for sins. Rasulullah (sallallahu alayhi wasallam) said:

“When a man enters his home cheerfully, Allah creates, as a result of his happy attitude, an angel who engages in istighfar (prayers of forgiveness) on behalf of the man until the Day of Qiyaamah.”

The holy bond of true Muhabbat (love) which a husband is obliged to foster with his wife does not permit a pious husband to howl and scowl at his wife. A husband’s superiority and excellence preclude such depraved attitudes. His attitude and behaviour should be calculated to engender pleasantness in the home. Pleasantness invites the mercy of Allah Ta’ala.

Rasulullah (sallallahu alayli wasallam) said that when a loving husband sets off from the home in the service of his wife and children, he is blessed with a rank of spiritual elevation for every step he takes. On accomplishing the service, his sins are forgiven. Among the acts of thawaab and special significance to be rendered by the husband on the Day of Ashura (10th Muharram), is to spend lavishly on his family. Lavishly should not be understood to mean wasteful expenditure. Within the husband’s means he should spend on them in greater measure on the Day of Ashura.

It is the husband’s duty to sustain the holy bond of family love. The bond should not be disrupted by him showing impatience, annoyance and anger whenever his wife acts childishly, stupidly and with indiscretion. His heart must be big enough to absorb such pettiness exhibited by his wile. After all A man can acquit himself of the Shar’i obligation and

Along with the responsibility of his family (wife and children) he has to tend to his parents as well. It is therefore unjust, cruel and haraam for a wife to expect and demand that her husband ignores, neglects and abandons his parents.

Allah Ta’ala has awardedhim a higher rank, a higher intelligence and greater restraint and willpower than the woman who has been created naaqisul aql (imperfect in intelligence).

`The love created for lovers (husbands and wives) by the likes of Nikah has not .been seen.”

“Nikah is half of Imaan.’

The husband should cherish and treasure the love which is created by the Nikah. This holy love is sufficient to overcome the mutual differences of husband and wife. But it is only a man of piety a man who possesses understanding of the Sunnah—who will subdue his emotions and honour the demands of the holy love produced by the Nikah bond by overlooking the slight incompatibilities resulting from the differences in the temperament and disposition of the husband and wife. For the sake of sustaining the love which is mentioned in the aforementioned Hadith, the pious husband will constantly overlook and forgive the little and ineffectual outbursts of his wife. His patience secures spiritual ranks for him and his sins are forgiven.

Among the physical benefits of the true love between husband and wife is increase in the strength of the eyesight. Citing a Hadith of Rasulullah (sallallahu alayhi wasallam), Allamah Sakhawi (rahmatullah alayli) says that a glance cast at the face of the wife is beneficial for the eyesight.

Only a husband with a good Islamic moral character will be able to offer the best love to his wife. The love which a pious husband can show to his wife by virtue of his excellent moral character can never be acquired by wealth,. physical comfort, luxury and worldly ranks. Such holy love cannot be gained and sustained by only discharging the bare minimum legal rights of the wife. The husband will have to provide more than just rights. He will have to make sacrifices and in particular restrain his temper when his wife angers him with her indiscreet and sharp remarks. The Auliya have said that a husband who adopts sabr (patience) when he is confronted by the intransigence of his wife attains the rank of a ghazi or a mujahid who returns victorious from the battlefield This is in line with the following Ahadith of Rasulullah (sallallahu alayhi wasallam):

“The true mujahid is he who wages jihad against his nafs.”