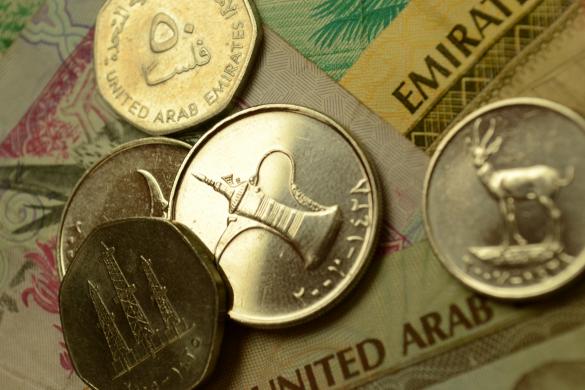 Is there a place for ethics and morality in the global economy? Should we continue to rely on governments to tweak at the margins of financial regulation, or is there a credible argument that a root and branch reformation is required – a revolution in capitalism?

Anthropologist and co-founder of the Occupy Wall Street movement David Graeber believes – along with an increasing number of leading intellectuals – that the world’s reliance on our current banking system has had a catastrophic impact on society, leading to an increasing divide between rich and poor, an increase in contemporary versions of debt bondage, and perpetuating the idea that credit creation is a mark of human progress.

Other academics support the notion that mainstream economists, bankers and politicians focus on symptoms without questioning the monetary system itself. If banks are given the power to create money and grant credit, then unfettered credit expansion can lead to bad investments, as the last few years have demonstrated. In addition, money creation by central banks to bail out the financial services industry only encourages those banks to take ever greater risks. This is the concept of moral hazard: profits are privatized but losses are socialized.

Even our measure of human progress seems fundamentally flawed. Gross domestic product – the universal measure of economic output – does not measure rates of literacy, divorce or suicide. GDP does not account for our impact on the environment. In short, it reflects the culture of the modern corporation: a vehicle designed to eliminate all moral imperatives except for profit.

Logically it is impossible to maintain an engine of perpetual motion on a planet with finite resources. Intellectuals such as Mufti Taqi Usmani, a renowned scholar of Islamic jurisprudence, contend that Islamic economic theory may have some answers to the thorny dilemma of balancing the free market with protection of the vulnerable. Indeed, the Prophet Muhammad in his last sermon before he died emphasized human and property rights to his followers, leaving them to codify the ethical principles he had bequeathed through the word of God and the documented precedent of his own life. This codified law is known as sharia and is perhaps more misunderstood today than at any time in its history.

Where once sharia was an organic and evolving body of law, emphasizing mercy, tolerance and inclusiveness, it is now characterized as an instrument of control by post-colonial Muslim rulers searching for identity. When Europe’s barbarous principalities once slumbered through their Dark Ages, the Islamic world experienced an age of scientific, literary and philosophical enlightenment, borrowing whatever was good from the cultures around them and building on it. Islamic scholars in medieval Baghdad and Cordoba developed rules and mechanisms to encourage entrepreneurship, leading to the dissemination of financial innovations along the Silk Route and into southern Europe. These were the roots of modern capitalism, but somehow along the way the protection of the weak became forgotten.

Today, as the Islamic world experiences a crisis of identity, Islamic finance remains a rare bridge between two cultures. David Cameron announced last year that London would become one of the global capitals of Islamic finance and, soon after, a UK sovereign Islamic bond was issued in the capital markets. Mufti Taqi has spoken at Davos on reforming the world’s post-crisis financial landscape through the lens of faith.

Conventional commentators describe the industry as “banking without interest” but the fundamental differentiator is the nature of money itself: in Islamic economic theory, money is merely a medium of exchange, not a commodity to be traded. It has no intrinsic value. Financial transactions must have an underlying attachment to the “real economy”. Real assets must be bought and sold as opposed to the trading of intangible pieces of paper, like the infamous derivatives that brought down Northern Rock and Lehman Brothers. And (in theory at least) because money itself should have an asset backing, it cannot be created out of thin air. A blueprint for a stable global economy and one which can bring long-term societal benefits, according even to some non-Muslim academics.

But are the ideals of Islamic finance reflected in the industry? Not for me they’re not. An industry dominated by conventional bankers addicted to cheap credit and exotic derivatives has focused on “reverse engineering” of conventional financial products into their sharia-compliant counterparts. An emphasis on the letter of the law over the spirit of the law has left the layman confused. With a global Muslim population of 1.6 billion, much of it under penetrated by financial services, surely the time has come to emphasize broader ethical principles over adherence to arcane contractual mechanisms? Just as Christian financiers in the Middle Ages created elaborate contractual structures to circumvent the Church’s ban on usury, is Islamic finance not guilty of the very same today?

The industry balances on a turning point. The next few years will determine whether the history of Islamic finance blindly follows that of medieval European finance, or whether its revolutionary ideals can bring something of benefit to the whole world.

Harris Irfan is the author of ‘Heaven’s Bankers: Inside the Hidden World of Islamic Finance‘, and Managing Director at EIIB-Rasmala.