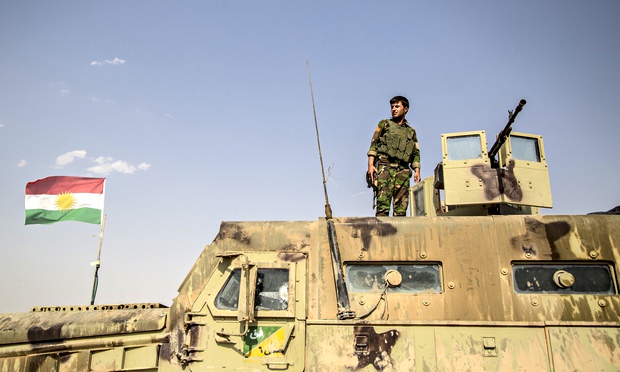 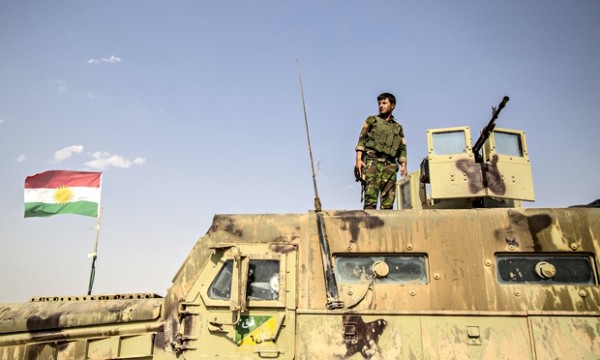 Kurdish forces backed by US-led warplanes have recaptured a large area in Iraq near the Syrian border in an offensive against Islamic State of Iraq and the Levant, a top US commander has said.

More than 50 air strikes in recent days by coalition aircraft “have resulted in allowing those [Kurdish] forces to manoeuvre and regain approximately 100 square kilometres of ground” near Sinjar, Lieutenant General James Terry, head of the US-led campaign against the ISIL group, told reporters on Thursday.

Kurdish peshmerga forces said earlier that they had captured several villages and were rolling back the ISIL fighters around Sinjar in the country’s northwest.

The capture of Sinjar by ISIL fighters in early August and the plight of the mostly Yazidi minority population there was cited by President Barack Obama as one of the reasons for the US military intervention.

The US and allied aircraft have carried out 1,361 raids against the ISIL group since bombing began on August 8, Terry said.

The advance of the ISIL fighters had been halted and the group was having difficulty moving and communicating as a result of the air campaign, he said.

“I think we’ve made significant progress in halting that progress [by ISIL],” Terry said.

More than a thousand American troops are expected to move into Iraq in a few weeks to train local forces on top of about 1,700 already stationed in the beleaguered country.

However, Terry said it would take at least three years to build the capabilities of the Iraqi military.

He said the challenge is to get Iraqi units trained and back into the fight so they can plan operations to regain contested areas.

The Iraqi army wants to launch a counter-offensive to retake Mosul – northern Iraq’s largest city – likely aided by the US support and coordination.