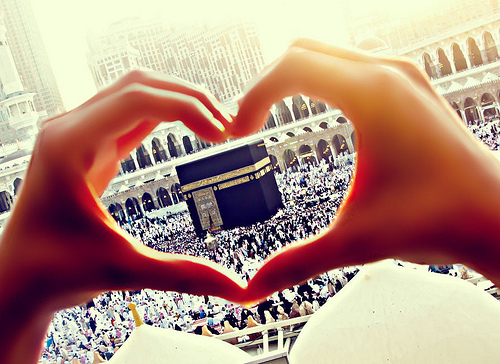 In the field of religious studies, the word “religion” is commonly understood to designate a world view along with the various cultural phenomena that embody it, such as doctrine, ritual and art. In this broad sense of the term, everyone has a “religion,” whether acknowledged or not.

By studying the religions of others we can hope to gain a bit of distance from the unquestioned worldviews that underlie our own thinking. Such study is much like learning a new language — we gradually come to see the strengths and weaknesses of our own way of talking and writing. So also each religion, including the atheistic versions, has its own genius and its own limitations.

It seems fairly clear that most thoughtful people nowadays think that we live in interesting times. Some look to other worldviews precisely to gain insight into their own lives. This is a major factor in the great popularity of religious studies in North American universities. The fact that Rumi has become a household name points in the same direction.

Part of Islam’s intellectual heritage is a vast literature exploring and elucidating the nature of love, that most precious of human experiences. Now that I have been offered this space and told to write about anything I feel like, well, I feel like talking about love. My two previous posts and the responses to them have highlighted the fact that most people have already made up their minds as to the nature of “true Islam.” So let me turn to something that most people, Muslim or not, typically leave out of their understanding of Islam, not least because of their obsession with the world of politics and catastrophes.

Ibn Qayyim al-Jawziyya was a famous theologian from Baghdad who died in 1350. Part of his fame lies in the fact that he was the leading disciple of one of the most cantankerous theologians of Islamic history, Ibn Taymiyya, a favourite of Sunni ideologues. Surprisingly for those who think that people of this ilk were narrow-minded bigots, Ibn Qayyim dedicated a large part of his prolific output to love, compassion, forgiveness and other such mild-mannered themes.

In one of his many books, written late in life — Ighathat al-lahfan, “Aid for the Sorrowful” — Ibn Qayyim says that the root of Islam is “love for God, intimacy with Him, and yearning to encounter Him.” He also says, “The revealed books of God, from the first to the last, revolve around the commandment to love.”

Remember that Muslim scholars traditionally spoke of “124,000 prophets,” beginning with Adam and ending with Muhammad. What Ibn Qayyim is trying to say is that every true religion — that is, all the religions established by the 124,000 prophets — are founded on love. It makes no difference who these prophets were or where they lived. When Muslims settled down in China, for example, they soon recognized that Confucius had been a prophet.

Claiming that “love” is the heart of Islam or of religion generally is not unusual in the Islamic context. Another example is provided by the major Sunni scholar Rashid al-Din Maybudi, who completed the longest pre-modern Persian commentary on the Quran in 1126. In explaining why the Quran calls itself “a book from God” (verse 2:89), he says that the book deserves to be titled “the eternal love” and that its content is “the story of love and lovers.”

One hundred years after Maybudi and as many years before Ibn Qayyim, Rumi’s famous teacher, Shams-i Tabrizi (who disappeared in the year 1247), said that the Quran is “a book of love,” or “a love letter” from God. He explained that if lawyers, philosophers and theologians fail to see it this way that is because they are too preoccupied with their own specialties. First, you need to love God rather than law or theology or philosophy (or politics). Then, you should read the book. It is worth noting here that Shams, despite his reputation as an unlearned rascal of spirituality, was a professional Quran-teacher.

No one is surprised to hear that Rumi saw the Quran as a book of love, but most seem to think that Rumi was out of kilter with the Islamic mainstream. Nothing could be further from the truth. It is no accident that his six-volume epic poem in celebration of love, the Mathnawi, has often been called “the Quran in the Persian language.”

Shams al-Din Muhammad, the greatest and most beloved of Persian poets, provides another example. He is known by his chosen pen name, “Hafiz,” a word that designates someone who has memorized the Quran. Anyone familiar with his poetry knows that it is permeated with love and beauty, so much so that native-speakers can become intoxicated simply by listening to it. Hafiz holds that all religion and indeed, all human striving, is rooted in love. One verse will have to suffice:

Everyone, sober or drunk, is seeking a beloved, everywhere, mosque or synagogue, is the house of love.

Muslim scholars who talk about love as the heart of Islam and of religion generally take the position that God’s love and compassion motivated him to create human beings so that they could love him in return. The goal of creation is to bring lovers into existence, and the goal of lovers — that is, you, me and everyone else — is to escape false loves and return to what we really love. This, for them, is the key message of the Quran, “the story of love and lovers.”