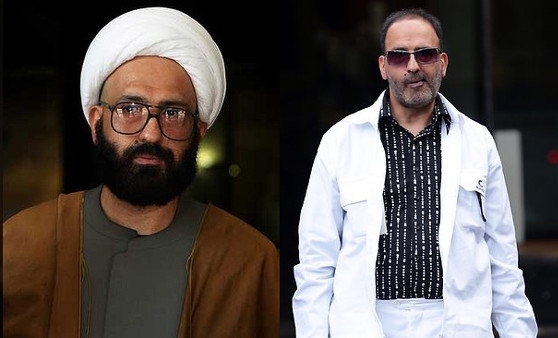 A man of many trades, Man Haron Monis, "Sheikh" and expert in black magic.

Sydney, Australia – The siege in central Sydney has ended in tragedy with two hostages killed and the gunman.

The gunman has been identified as Man Haron Monis, who self describes himself as “Sheikh Haron”.

The siege, which ended about 2:00am after police stormed the building, began at about 9am the previous day when the armed Monis took hostages in the Martin Place Lindt Cafe in central Sydney.

Man Haron Monis is know to police and was currently on bail for multiple sexual assault and accessory to murder charges. He was previously convicted for sending offensive letters to families of Australian soldiers that died in Afghanistan.
P
MuslimVillage.com was able to get access to his site before it was removed.

“Islam is the religion of peace, that’s why Muslims fight against the oppression and terrorism of USA and its allies including UK and Australia. If we stay silent towards the criminals we cannot have a peaceful society. The more you fight with crime, the more peaceful you are. Islam wants peace on the Earth, that’s why Muslims want to stop terrorism of America and its allies. When you speak out against crime you have taken one step towards peace.”

I used to be a Rafidi, but not anymore. Now I am a Muslim, Alhamdu Lillah

Here are the screen shots of his two latest announcements made just a day before he instigated the Sydney Siege.

On Oct 16 2014 he wrote an open letter to the Muslim community on his web page, which he allegedly also sent to world leaders, part of which stated:

What has triggered him to eight weeks later storm a cafe and hold innocent hostages at gunpoint is yet to be determined.

Man Haron Monis  also know as “Sheikh Haron” is originally from Iran. Haron was born Manteghi Bourjerdi in Iran. In 1996 he fled Iran to Australia as a refugee, and changed his name to Man Haron Monis, assuming the title of Sheikh Haron.

Haron is notable for the campaign undertaken by him and his colleague, Amirah Droudis, protesting the presence of Australian troops in Afghanistan, which takes the form of letters sent to the families of fallen soldiers in which he denigrates the soldiers as murderers, and urged the soldiers’ families to petition the government to remove its troops from Afghanistan. The letters were sent to the families of deceased Australian Soldiers.As per Justice Heydon of the High Court, the letters compared ” the (deceased soldier) son to a pig and to a dirty animal. It calls the son’s body “contaminated”. It refers to it as “the dirty body of a pig”. It describes Hitler as not inferior to the son in moral merit.” Haron was arrested on charges of “using a postal or similar service to menace, harass or cause offence”.

On 10 November 2009 Haron appeared in court and claimed through his lawyers to be a peace activist. He later chained himself to the courthouse in protest over the charges. Haron was subsequently barred by the courts from expanding his protest to include letters to UK soldiers’ families.

In December 2011, Haron appeared before the Court of Criminal Appeal in Sydney arguing that the charges against him were invalid because they infringed on his implied constitutional freedom of political communication, but the three-judge panel unanimously dismissed his case.

Upon further appeal to the High Court of Australia, the six-judge panel split 3-3 over the issue. Although the High Court of Australia normally comprises seven judges, one seat was vacant and as yet unfilled at the time Haron’s case appeared before the court. Failing to achieve a majority vote in Haron’s favour, the lower court’s unanimous decision was left to stand.

On 15 November 2013, Haron was charged by NSW Police with being an accessory before and after the fact to the murder of Noleen Hayson Pal, allegedly stabbed and set alight in a Werrington apartment stairwell on 21 April 2013. His partner Amirah Droudis, was formally charged with Pal’s murder. Pal was Haron’s ex-wife.

On 12 December 2013, Haron and Amirah were given bail at Penrith Local Court. Magistrate Darryl Pearce said there wew significant flaws in the Crown’s case against the pair. “It is a weak case'” he said. Prosecutor Brian Royce said Monis’ claims the Iranian Secret Police and ASIO were trying to frame him for the murder was fanciful. Magistrate Pearce said all theories needed to be examined.

On 22 January 2014, Haron told magistrate Joan Baptie that he was representing himself and proceeded to talk about documents ASIO has on him that he wanted to see. He told the court he has been charged in connection to the murder of his ex-wife because ASIO is conspiring against him to have him jailed. But Magistrate Baptie told him she cannot order ASIO to release documents about him. Haron stood outside the Parramatta Local Court wearing chains and holding a sign claiming he has been tortured in jail. He said: “This is not a criminal case. This is a political case.”

On 14 March 2014, Haron was arrested and charged with sexually and indecently assaulting a young woman who went to his consultancy in Wentworthville, New South Wales for “spiritual healing”, after seeing an advertisement in a local newspaper. Haron claimed he was an expert in “astrology, numerology, meditation and black magic” services.

Convert from “Rafidi to Islam” (Shia to Sunni)

In December 2014 Haron announced that he used to be a Rafidi but he had converted to Islam, he announced it both on his website and his Facebook Page.