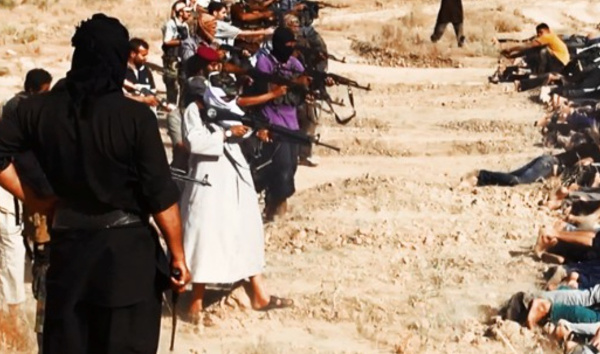 The low morale and sluggishness of thought that has taken over too many Muslims has reached such an extent that a foe would weep over it before a friend. Are we really that unable to think in a rational way that takes into account realities on the ground, and prefer to explain everything we see in the Middle East in terms of some grand conspiracy theory devised by the West against Muslims? It is important to note here that when we as Arabs use the term “Muslims” we really mean Arabs in specific, not Muslims in general. There are Muslims who live in Turkey, Malaysia, and Indonesia. But we do not see them suffering the conditions we see Muslims in Burma or Kashmir suffer. If we restrict our explanation for the political events taking place in the world that they are a direct result of conspiracies and plots against Islam, we will find the failure of such explanations when we take into account the world population of Muslims as a whole. More importantly, we will find ourselves in a position where we would be unable to appropriately react to or predict the consequences for decisions taken by any government in the world, be it Western or Middle Eastern.

Focusing on conspiracy theories is the last line of defense for the weak who accepted their paralysis to act and their imagined lack of ability to change their current circumstance. Belief in conspiracy theories is an internal admission of personal defeat, which is the most dangerous forms of defeat. Admission of personal defeat leaves one unable to think in a sound and rational manner or to act in any positive way to improve their condition. Conspiracy theories give one an explanation they can use as cover for this personal defeat in front of people, and allows him or her to expect sympathy from people for their sorry state of affairs. Add to that the pernicious capacity that conspiracy theories give an individual to think in highly superstitious ways, which in turn suffocates their ability to think logically using actual facts on the ground.

The attraction of conspiracy theories lies in their having a mixture of truth and fiction. Human beings by virtue of their intellect will not accept total falsehood unless it includes some truths that can be presented in a way that allows for its acceptance. We now have ISIS, which many Muslims think has appeared in a manner that brings cause for suspicion due to how quick and powerful it seems. Some have actually gone as far as stating that it is a group formed by Iran and the United States as part of some grand Shia-American conspiracy against Sunnis in the Middle East.

In reality, there is no conspiracy against Sunnis because they are Sunnis as such. What we see today is the consequence of an inconsistency between what the modern state is intended to be as a political entity in theory, and what it actually is in reality. The modern state is theoretically assumed to be an independent entity separated from the rest of the world by geographical borders. But we live a reality that says otherwise. The modern way of life as we live it today would not have become as it is had it not been for countless transgressions exercised by strong states that usurp the resources of weaker states in order to fulfill the desires of their populations. For example, had it not been for child labour in the Ivory Coast, we would not be eating most of the chocolate we find in supermarkets elsewhere in so-called “independent” states. If it was not for the civil war in the Democratic Republic of the Congo that gives us access to cheap minerals, we would be missing many of those cell phones we take for granted. There are many examples that we can point to, which touch on many aspects of the life of what we call “Modern Man”, who in reality is an unethical and immoral Man who raises his voice against oppression only when it befalls him, but could not care less about the suffering of others if it means more luxuries and comfort in his life.

Anyone who claims ISIS was directly formed by Iran or the United States, or that the individual called Abu Bakr al-Baghdadi is an Iranian or a Mossad agent is a person who promotes fantasy. All one has to do is read the press releases from ISIS, especially their online magazine Dabiq, which contains numerous articles showing in detail how they justify their crimes on religious grounds. This will make it clear that whoever is running ISIS are in fact Muslims who have a strong familiarity with the Islamic literature, even if they do not understand any of it. Yes, we can say that ISIS was manufactured by the United States in the way that this group of bandits is the logical political consequence of American (and Russian) policies in the region, which makes ISIS their bastard child. But to claim that ISIS was directly formed and implanted by Iran or the United States is to prefer to live in an imaginary world of delusions.

ISIS militants exemplify a way of thinking that has and continues to exist before it became a real entity on the ground when it found the right climate for it to form in the way we see it today. Exclusivist thinking that allows one to say they have the Truth, the whole Truth, and nothing but the Truth is the insidious cancer that has spread in the Muslim world. Numerous Muslim scholars wrote in the past and in our own times on the manners of disagreement. But we are the people of “Read!” who do not read, and most of the few of us who do read have not adored ourselves with the good character and erudition of those who do read. Our belief in what we believe in is not a result of innate conviction. Rather, it is a belief that is dependent on negation and disparagement of the other. Hence, a question that presents itself now: Is it possible for a Muslim, regardless of what specific creed or school of law they follow, to be a Muslim if they were stuck on a remote island by themselves, where they cannot express their Islam in the way commonly seen today? If we take an honest moment’s internal reflection we will realize the the belief of Muslims as a collective whole is not a product of internal conviction, but of an internal strife among ourselves, which we use to accuse one another of working for some enemy who is plotting against us from outside. Of course there are those who do work with enemies of their people for their own personal gains, but this is the exception which we made the rule.

Interestingly, in the midst of all of this we have ignored the words of the Messenger ﷺ and did not take precautions as we should have after he told us, “Verily, Satan has despaired from having the believers worship him in the Arabian Peninsula, but he will continue to sow discord between them.” (Narrated in the Collection of Muslim)

Before we throw any blames on Iran, the United States, or the Blue Genie, we must first ask ourselves a question many will feel uncomfortable to ask, let alone answer it: Are we ISIS in our way of thinking? Do we respect the right of individuals to have convictions different from our own? What if these convictions were different from what you see as the “Truth”? Many people think they are carriers of Truth when in reality they are transmitting what they were told was the “Truth” by people they have put their trust in, and have merely made themselves the guardians of their credibility.

If you want to analyze the reasons for why Europeans and Americans are as advanced as they are over Muslims in general and Arabs in specific, then know that before political and economic reasons is a reason many attribute to Europe having “gotten rid of religion”, which is incorrect. The reason Europe was backwards in the Middle Ages was not because of religion, but because of hegemonic individuals who used religion to entrench their tyranny, and this is what Arabs and Muslims are suffering from today. Regardless of the political context in the Middle East, the fact is that ISIS happens to be nothing more than a reflection of a sick mode of thought and starved spirituality that has spread among Muslims, and an actualization of the Quranic statement, “O people! Your outrageous behaviour only works against yourselves.”