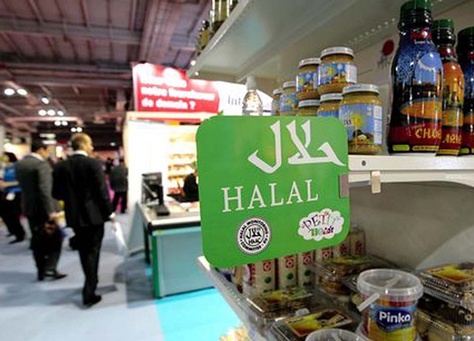 Global industry for products and services abiding to Islamic or halal standards is expect to further expand in the years to come, according to a report released on Sunday.

The industry is going to rise from two trillion U.S. dollars last year to 3.7 trillion by 2019 as more non-Muslim countries jump on the bandwagon, said the global Islamic economy report.

In relation to producing conservative Islamic fashion for example such as veils and sheilas for women, the two non-Muslim countries like China and Italy have taken a lead, said the report.

The report also said that the halal food industry makes now up to 16 percent of the global food industry. Nearly all major Chinese cities have restaurants with halal food for Muslim residents and for the increasing number of Muslims tourists from the Arab world and South-East Asia. Australia emerged to the leading producer of halal meat in the Asia Pacific region.

Islam prohibits the use of interest in financing. The religion also denies alcohol, pork meat, the production of weapons and entertainment for adults.

The global Islamic halal economy is poised to grow by 10.8 percent per year.