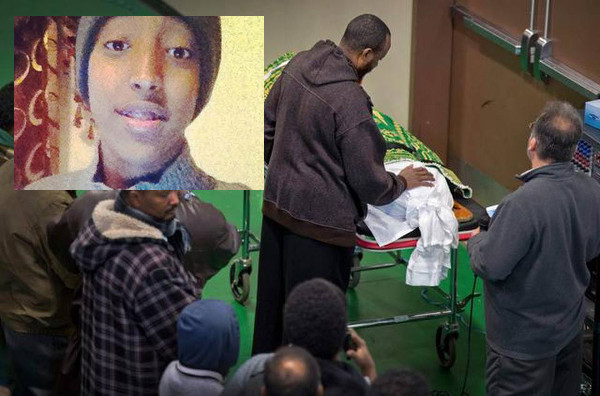 Leaders of the Muslim community in Kansas have been joined by interfaith leaders at a memorial service on Sunday, December 7, for a 15-year-old Muslim boy who has been murdered in an apparent hate attack.

“This memorial service is designed to show solidarity with the family and loved ones of Abdisamad ‘Adam’ Sheikh-Hussein and to prove that hope and peace will always prevail over hate and evil,” Moussa Elbayoumy, the chairman of the Kansas chapter of the Council on American-Islamic Relations (CAIR-Kansas), said in a statement obtained by OnIslam.net.

Abdisamad “Adam” Sheikh-Hussein was killed last Thursday night after his legs were severed when he was intentionally hit by an SUV outside the Somali Center of Kansas City.

On Saturday, it was revealed that Ahmed Aden, 34, slammed his Chevrolet Blazer into young Sheikh-Hussein, weeks after he threated and harassed Muslims in the neighborhood for weeks.

According to Daily News, Aden admitted to investigators he intentionally plowed over Abdisamad after mistaking him for a man he claims had threatened him, court records revealed.

Aden was once a welcome part of the community largely made-up of Somali immigrants, but he came unhinged after losing his job as a truck driver, mosque members and acquaintances told The Kansas City Star.

He scrawled “Qur’an is a virus disease (worse) than Ebola” on the back window of his Blazer and trawled the neighborhood looking for trouble, they said.

“Nobody took him seriously,” Mohamed Abdikafi told The Star.

“Everybody would walk away. I wish now we took him seriously.”

Others reported violent confrontations when he threatened people with a pistol.

Aden “was like a bullet in a gun waiting to fire,” Bakar Adbdalla, 31, said.

During the Sunday memorial, friends and family members of the slain teen attended along with representatives of the Greater Kansas City Interfaith Council, the former Kansas City mayor pro tem and a representative of a coalition of local Muslim organizations.