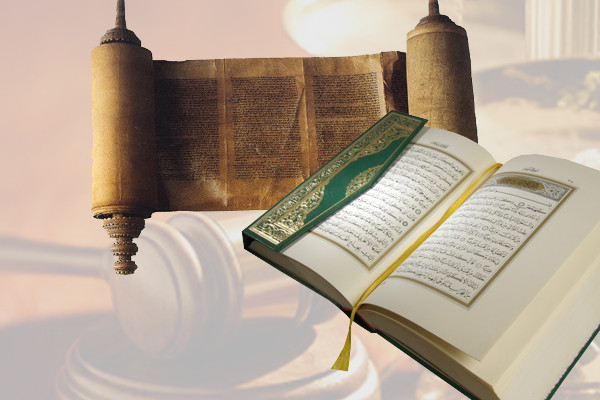 People who hate religion in general, and Islam and Judaism in particular, often attack circumcision as a cruel, barbaric ritual lacking any positive outcome. But in the last two decades several medical studies have shown the positive effect of circumcision; and this had led the U. S. Centers for Disease Control and Prevention to support male circumcision procedures for male newborns and teenagers in the US, according to a draft of federal guidelines released December 2, 2014.

Clinical trials and observational studies have found that men who are circumcised are less likely than their uncircumcised peers to acquire sexually transmitted infections during vaginal sex. Being circumcised reduced the risk of infection with HIV from a female sexual partner by 50% to 60%. It also reduced the risk of getting genital herpes by up to 45% and of getting cancer-causing strains of human papilloma virus by 30%.

Studies have also found that sex with circumcised men is safer for women. They are less likely to become infected with HPV, bacterial vaginosis and trichomoniasis, the CDC guidelines state. There is no medical evidence linking male circumcision to reduced risk of HIV for female partners, the guidelines note.

The CDC states that the risk of adverse events from circumcision is low, and that minor bleeding and inflammation are the biggest problems. The agency says complications arise in less than one-half of 1% of newborns, 9% of children and about 5% of adults. “Severe complications can occur but are exceedingly rare,” the
CDC wrote.

“It’s important to know that male circumcision has been associated with a 50 to 60 percent reduction of HIV transmission, as well as a reduction in sexually transmitted infections such as herpes, bacterial vaginosis, and the human papilloma virus (HPV), which causes penile and cervical cancer,” said the director of the National Center for HIV/AIDS at the CDC.

Muslims and Jews do not circumcise their children for medical health reasons, although neither religion believes that circumcision is harmful to a man’s health. However, there are vociferous groups in Europe and the U.S. that attack this religious ritual under the guise of medical and moral concern, claiming that circumcision is painful (like a vaccination) and an unnecessary procedure (like plastic surgery).

Yet more and more evidence is accumulating that circumcision is good for men physically as well as spiritually. According to a recent U.S. study, circumcised men may have a lower risk of developing prostate cancer than those who still have their foreskin.

Although most U.S. men are circumcised, the procedure has become less popular over the past decade, and various groups have spoken out against it. In September 2011, the Dutch Medical Association discouraged the practice, calling it a “painful and harmful ritual.”

The foreskin is known to be prone to tiny tears during sex, which may help bacteria and viruses enter the bloodstream. so some viruses can trigger cancer when they are incorporated into human DNA. Another possibility is that sexually transmitted microorganisms could lead to cancer by causing chronic inflammation. One in six U.S. men will get prostate cancer during his lifetime, although only a minority of them will die from the disease.

As I stated above Muslims and Jews do not circumcise their children for medical health reasons. For Jews and Muslims ritual circumcision is a sign of communal loyalty and acceptance of God’s will.

Christianity, Islam and Judaism all teach that circumcision was already practiced by Prophet Abraham, who is revered by Christians, Jews and Muslims to this day.

These governments are led by people who believe that their own humanistic, rational philosophy is on a much higher level than what has been taught by traditional religions, which they do not believe in.

(17:12) “You shall circumcise the flesh of your foreskins, and it shall be a sign of the covenant between me and you. Throughout your generations every male among you shall be circumcised when he is eight days old,”

Jews have observed this commandment for almost 4,000 years. More than once, attempts to prevent Jews from circumcising their sons led to resistance, and in the case of Hanukah, to open revolt.

Abraham’s first born son Ishmael, was a young boy when he was circumcised, so Muslims do not have to circumcise their son’s on an exact date. A Hadith states: When Ibn Abbas was asked “How old were you when the Prophet Muhammad (peace be upon him) died?” He replied, “At that time I had been circumcised. At that time people did not circumcise boys till they attained the age of puberty (Baligh).” (Bukhari)

Prophet Muhammad himself selected the 7th day after birth to circumcise his own grandsons: Abdullah Ibn Jabir and Aisha both said: “The Prophet (peace be upon him) performed the Aqiqah of al-Hasan and al-Hussein (the prophets grandsons) circumcising them on the 7th. Day.” (Related in al-Bayhaq & Tabarani)

Thus, for Jews circumcision is a sign of the covenant that God made with Abraham and his sons Ishmael and Isaac and their descendants for future generations. For Muslims it is a sign of their close connection to Abraham, which is also celebrated each year at the annual Hajj ceremonies.

Rabbi Allen Maller retired in 2006 after 39 years as Rabbi of Temple Akiba in Culver City, Calif. He is the author of an introduction to Jewish mysticism. God. Sex and Kabbalah and editor of the Tikun series of High Holy Day prayerbooks.