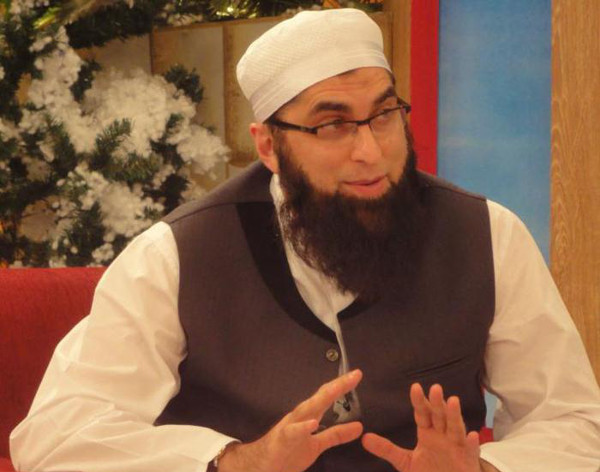 Police in Pakistan have opened a blasphemy investigation against a former pop star turned Islamic preacher after he was accused of insulting one of the wives of the Prophet Muhammad.

He said the police responded to a complaint by the Pakistani Sunni Tehreek party over a video released last weekend.

In the video, Jamshed appeared to insult one of the wives of the Prophet Muhammad while making a point about women’s flaws.

Jamshed swiftly apologised in a video statement on Tuesday. “I confess to my mistake,” he said. “I did not do it intentionally.”

But the Pakistan Sunni Tehreek party rejected his apology, saying he must be tried in court.

“We demand an immediate arrest of Junaid Jamshed, who is a cursed person,” party spokesman Mobin Qadri said.

Before becoming a preacher, Jamshed was a pop star with a string of chart-topping songs and albums. He retired in 2001 and announced that he was devoting his life to Islam. He is associated with a deeply conservative Islamic group, Tableeghi Jamaat.

Under Pakistan’s harsh blasphemy laws, anyone accused of insulting Islam, the Prophet Muhammad or other religious Islamic figures can be sentenced to death, although no one has ever been executed under the law.

Just being accused of blasphemy can put someone at grave personal risk. Angry mobs have killed blasphemy suspects in the past. Defence lawyers have been targeted and judges sometimes hold trials inside jails out of safety concerns.

Last month, an axe-wielding police officer killed a member of the Shia minority sect in police custody, claiming he had committed blasphemy by insulting companions of the Prophet Muhammad.

A mob recently killed a Christian couple and burned their bodies in a brick kiln where the man and his wife worked, claiming they allegedly desecrated the Quran.