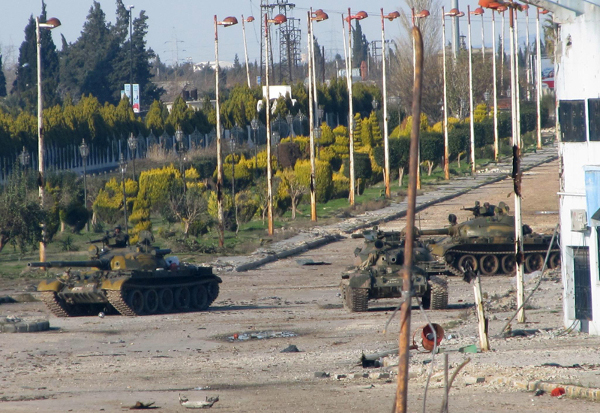 Syrian troops have killed 50 fighters in an ambush in the largely rebel-controlled countryside east of Damascus, according to state media.

“An army unit killed 50 terrorists in an ambush while they tried to flee Mediya village,” SANA news agency reported on Wednesday, using the standard official term for the rebel fighters.

The Syrian Observatory for Human Rights said 30 people, all of them men, had been killed in the operation, which was backed by fighters of Lebanon’s Hezbollah.

But the Observatory also added that it could not confirm whether all of the dead were rebel fighters.

A Hezbollah source confirmed that their group’s fighters had taken part in the operation and said 30 rebels had been killed.

The Shia group has deployed thousands of fighters to Syria to support Syrian President Bashar al-Assad’s government against the mainly Sunni rebels.

The countryside east of Damascus known as Eastern Ghouta has remained largely in the hands of rebel fighters, despite repeated efforts by the army to oust them.

In August 2013, the area was hit by a string of chemical weapons attacks that killed hundreds of people.

The attacks sparked US threats of military action that were defused only by the Syrian government’s agreement to dismantle its chemical arsenal.