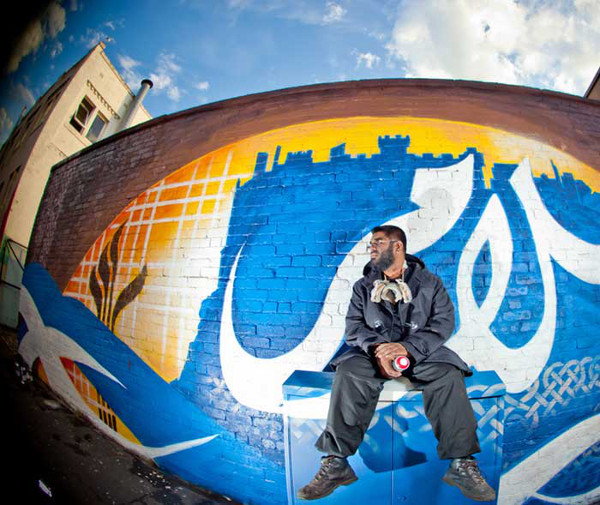 For some British Muslims, the path to jihad and the path to peaceful aid work can traverse much of the same terrain.

From an office in Britain’s second largest city, Waseem Iqbal and a friend are planning a trip to the Middle East. In Jordan, they will bring food packages for Syrian refugees.

Iqbal, 27, chose charity work not violence. “How do you save innocents in Syria? By going into a war zone and getting yourself killed? Or by… bringing people water pumps, schools and food packages? This is what saves innocents,” he said.

Iqbal knows others who have taken a different path. Two acquaintances, young British men, were arrested and charged under Britain’s terrorism laws. They were a world apart, Iqbal says, but they had one thing in common: anger.

For authorities struggling to prevent young Muslims from joining the wars in Syria and Iraq, understanding what drives these men is key. Over 500 British citizens have travelled to Syria, officials estimate. Prime Minister David Cameron has warned that militants could return to attack the West.

Iqbal grows his beard long and wears a thawb – a traditional ankle-length robe-like garment. He has been on the staff of charity Human Relief Foundation for a month. In the preceding three years his charity work included opening a youth centre in the basement of a local mosque.

Before that, however, Iqbal says he led a different life. He worked as a night club bouncer, ran a music studio and did freelance security work. One night all of that stopped.

In the space of a few weeks in 2010, Iqbal’s older cousin, someone he looked up to, died of a drug overdose and his best friend was stabbed.

“I was sitting there one night, smoking weed in my flat overlooking the city and started asking myself what the limit was and where does it stop. I spent the whole night crying and realised that what I am missing is Islam,” he said.

“I made a promise to be a better Muslim and quit all the things I had been doing cold turkey.”

A main street in this central English city bustles with life. Travellers rush in and out of the train station, couples enter coffee houses and a man is performing freestyle rap.

Three young men have a booth set up not five metres away from him. A stereo is playing Qu’ranic verse in Arabic followed by English translation. A verse detailing Islam’s version of the life of Jesus and Mary plays while the men hand out flyers.

There are over 213,000 Muslims in Birmingham, making up over a fifth of the population according to the 2011 census. Neighbourhoods like Balsall Heath, where Iqbal grew up, are predominantly Muslim and working class. They are also home to what he calls a “gang culture”.

This macho mentality can drive young men to join gangs and sell drugs, or join jihadi groups and fight in the Middle East.

Jihadi culture and the bravado that goes with it as well the sanitisation of war and glamorisation of weapons play a larger role in the rationalisation of young Muslim men than Islamist ideology argues Jahan Mahmood, who mentors the community youth.

That view is backed by academic studies. Researchers at Queen Mary University list those most susceptible to extremism: people suffering from depression, those who are isolated and those whose families have lived in Britain for several generations. Religious ideology does not appear to be a major influencing factor.

Iqbal tells the story of one of the men charged under terrorism laws. He used to be a drug dealer before experiencing a similar change of heart to Iqbal’s. But unlike Iqbal he adopted increasingly radical views after he rediscovered his faith, which Iqbal attributes to a sense of guilt over past misdeeds.

“An unsympathetic reading of god as a punisher rather than a forgiver and that the only way to be forgiven is to be on the battlefield and die,” is one of the reasons young men choose to join jihadi groups abroad, says Mahmood.

The former drug dealer in Iqbal’s story was arrested in a car full of weapons on the way to a march by the anti-Islamist far right English Defence League.

Organisations like the English Defence League are a factor in driving young Muslims into extremism.

Abdul Waheed, Iqbal’s colleague at their charity, says as an eight year old he watched out of his window as his uncle was beaten up in the street of the predominantly white neighbourhood his family had recently moved to.

The family soon moved back to Sparkhill, which alongside Balsall Heath and Sparkbrook make up Birmingham’s majority Asian ‘Balti Triangle’ – a maze of rundown Victorian houses, workshops and curry houses.

“As a child you don’t understand why this is happening, but it stays with you, and you get angry. The important thing is not to become the person they say you are,” says 22-year-old Waheed.

Iqbal and Waheed have dozens of similar stories. The former has had pig heads and beer thrown at him in football venues and both men have had racial slurs yelled at them in the street.

“Many young people don’t feel part of the mainstream anymore with the Islamophobia we see in the media,” says Mahmood.

In their lunch break Iqbal and Waheed discuss the futility of fighting. They conclude, however, that if someone is told over and over again that they are something, say a terrorist, by the media, they will eventually become that thing. “The power of suggestion is strong,” says Waheed.