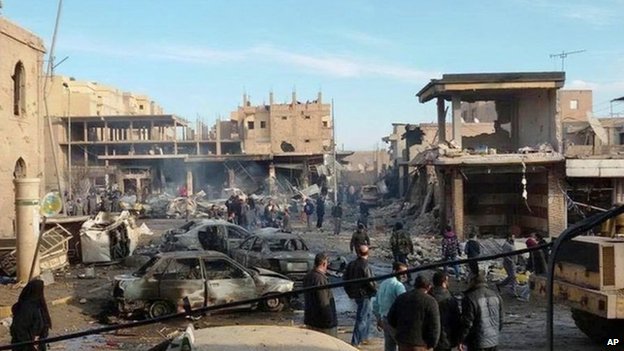 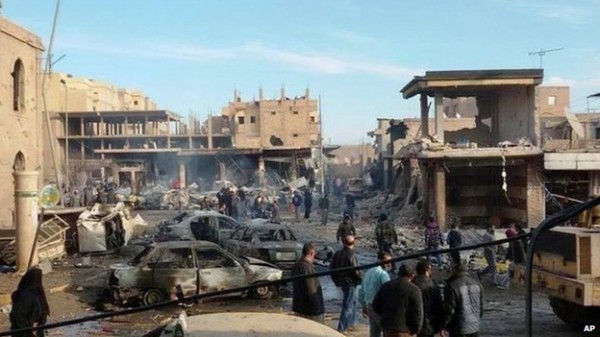 Activists say at least 60 people were killed when Syrian warplanes conducted a series of strikes in the Islamic State’s self proclaimed capital of Raqqa.

The Britain-based Syrian Observatory for Human Rights said the strikes Tuesday hit an industrial zone and a popular market near the city’s museum.

The Observatory says at least 36 of those killed were civilians. More than a dozen others were wounded, some of them critically.

The Syrian government has launched frequent strikes on Islamic State targets in the city. Activists say many of the casualties have been civilians.

Meanwhile, Pope Francis has condemned what he described as state terrorism that kills innocent civilians at the same time as it kills terrorists.

In comments to reporters Tuesday while returning from Strasbourg, France, where he addressed the European Parliament and the Council of Europe, the pontiff said that while it was almost impossible to have a dialogue with Islamic State insurgents, the door should not be closed.