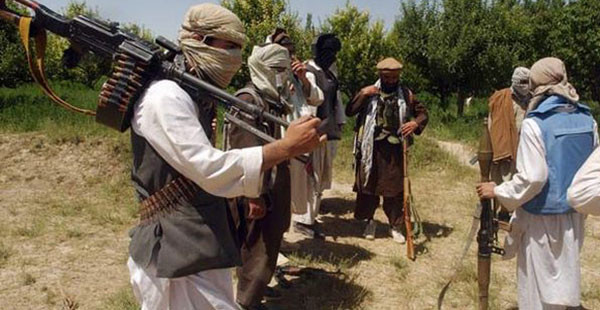 Small-minded versions of Islam have fanaticized Pakistan – an antediluvian land with deep interfaith roots leavened with the teachings of Hindu Swamis, Buddhist Monks, Sikh Gurus, and Muslim Sufis – into a ghastly country. Stories are frightening. Earlier this month ago, a native Christian couple, accused of desecrating the Qur’an, was thrown into a brick kiln and burned alive while a crowd of over a thousand villagers participated in the rite. In 2010, two Ahmadi mosques in Lahore were attacked with guns and grenades, killing 94 people.

Around 5000 Hindus leave the Sindh province of Pakistan every year as their holy books and temples are burnt. Hindu women are abducted, forcibly converted to Islam, and married off to the kidnappers. Non-Muslims are not the only victims of hateful fanaticism. Muslim on Muslim violence is also escalating as Shias kill Sunnis and Sunnis kill Shias.

Behind religious violence in Pakistan is the rise of Takfiri (تكفيري ) mindset, which sees Islam through a narrow keyhole of self-righteousness and accuses the world of apostasy.

Declaring others as deviants from “the one true divine path” is a universal phenomenon, found in all religions. In Islam, Takfiris are the self-appointed guardians of “true Islam.” Takfiris proclaim that Muslims who do not follow a specific version of Shariah are Kafirs (non-believers), and not Muslims. They oppose the spiritually generous viewpoint that many paths lead to God and that there could be honest diversity within the same religion. Militant Takfiris use violence to enforce “true Islam.” Ahmadis, Shias, and even Sufi-Sunnis are ambushed and killed because these groups, according to Takfiris, have corrupted “true Islam.” Sufi shrines are bombed as places set against Shariah.

Gradually, Pakistan has been metamorphosed into Takfiri hatred. The Takfiris in Pakistan have become more assertive and influential. First, they have turned anti-India to gain legitimacy with the patriotic armed forces. Second, they have opened hundreds of primary schools to teach their “true Islam” to children, including Afghan refugees. Third, they promote the ideology that Pakistan was carved out of India for the sole divine purpose of advancing “true Islam” in the Subcontinent and beyond.

The Soviet invasion of Afghanistan and the concomitant arrival of Saudi-Wahhabi puritanism further strengthened the Takfiri mindset. Even though the Wahhabi movement has failed to win the hearts and minds of Pakistanis, the Takfiri mindset is gathering motion and momentum. Fighting the Soviet infidels opened the floodgates of fighting all infidels. Self-righteousness is replacing spiritual plurality. The Takfiri mindset now argues that only “true Islam” belongs to Pakistan. Other religions and sects have no place in Pakistan. Hindus and Sikhs belong to India, Christians belong to the West, Shias belong to Iran, and Ahmadis are the infidels to be killed or converted to “true Islam.”

The Takfiri mindset has successfully entered the Constitution and laws of Pakistan. Note again that the Takfiris exclude certain believers from the realm of Islam. Article 260(3) of the Constitution provides the Takfiri definition of Islam, declaring Christians, Hindus, Sikhs, Buddhists, Parsis, Ahmadis, and Bahais to be “non-Muslims.” Except for Ahmadis and Bahais, the Constitution seems to be underscoring the obvious. Yet, the constitutional emphasis on the definition of “non-Muslims” promotes social ostracization of religious minorities. Article 260(3) also gainsays the Qur’an, which states that Abraham, Moses, David, Noah, and Jesus were all Muslims. While the Qur’an expands the definition of Islam, the Takfiris restrict it to their warped musings.

In theory, Pakistan’s blasphemy laws protect all religions. Chapter XV of the Pakistan Penal Code lays out offenses relating to religion. Article 295 of the Chapter prohibits defiling “any place of worship” and insulting “the religion of any class of persons.” However, most other laws in the Chapter are consistent with the Takfiri mindset. Article 298-A opens the door for the persecution of the Shias who might not subscribe to the Sunni views about the First Four Caliphs and the Prophet’s companions. Article 298-C singles out the Ahmadis for criminal punishments if they pose as Muslims or refer to their faith as Islam. Articles 295-B and 295-C provide the harshest punishments for whoever (Hindus and Christians) is accused of disrespecting the Qur’an or the Prophet of Islam.

Since its establishment in 1947, Pakistan has been moving away from its time-tested traditions of universal love toward the troubling creed of targeted hatred. Tolerance, compassion, pluralism, diversity, forgiveness, kindness, and sweetness are no longer the supreme values of Islam, a great world religion. The Takfiri mindset of exclusion, persecution, and hard-heartedness is poisoning the cultures and communities of Punjab, Sindh, Balochistan, and Khyber-Pakhtunkhwa.

The Takfiri mindset will further drive Pakistan into poverty, violence, sectarian warfare, and international isolation. The people of Pakistan, its intellectuals, teachers, political leaders, lawmakers, judges, lawyers, journalists, and the media houses need to wake up and begin to encounter the Takfiri mindset.