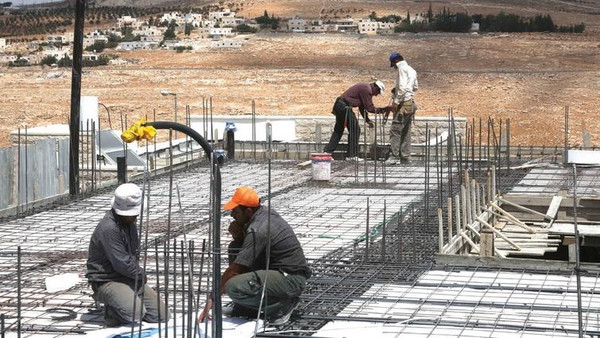 An Israeli mayor’s decision to bar Israeli-Arab construction workers from jobs in local preschools over security concerns has triggered widespread condemnation with a rights group calling it racist.

Itamar Shimoni, the mayor of the southern city of Ashkelon, announced on Thursday that Israeli-Arab labourers renovating bomb shelters in local kindergartens would be barred from their jobs. He also ordered security stepped up at construction sites where Arab labourers are employed.

His decision came days after a spate of attacks by Palestinians, including a deadly attack on a Jerusalem synagogue that left five Israelis dead.

“Anyone who thinks this is illegal can take me to court,” Shimoni said. “At this time, I prefer to be taken to court and not, God forbid, to attend the funeral of one of the children from kindergartens,” Shimoni said.

The workers in Ashkelon are Arab citizens of Israel, in contrast to the Palestinian attackers from the West Bank and east Jerusalem.

Prime Minister Benjamin Netanyahu also criticized the mayor’s decision. “We must not generalize about an entire public due to a small and violent minority. The vast majority of Israel’s Arab citizens are law abiding and whoever breaks the law – we will take determined and vigorous action against him.”

Shimoni’s decision highlighted the distrust sweeping the region in the aftermath of rising tensions between Israelis and Palestinians.

Arabs, who make up about 20 percent of Israel’s population of 8 million, often complain of being treated as second-class citizens, and suffer from a high poverty rate, job and housing discrimination and poor public services. Many openly identify with the Palestinians, drawing accusations that they are disloyal.

In recent years, Foreign Minister Avigdor Lieberman has called on Israeli Arabs to take a loyalty oath and proposed redrawing Israel’s borders under any future peace deal to place large numbers of them on the Palestinian side.

Tziona Koenig-Yair, the equal employment commissioner in Israel’s Economy Ministry, said she has seen a jump in claims recently by Arab workers who say they have lost their jobs on racial grounds. She said she planned to fight the mayor of Ashkelon in court if his order is not reversed.

“We have to realize that citizens of this country who want to live here cannot be held accountable for things that are being done by extremists,” she said.

In a letter to Shimoni and Interior Minister Gilad Erdan, the Arab civil rights group Adalah called the decision “arbitrary and racist” and urged it be reversed. “There is no doubt that this decision is aimed at the Arab workers because of who they are and their national affiliation,” the letter said. Erdan called the order “unacceptable.”