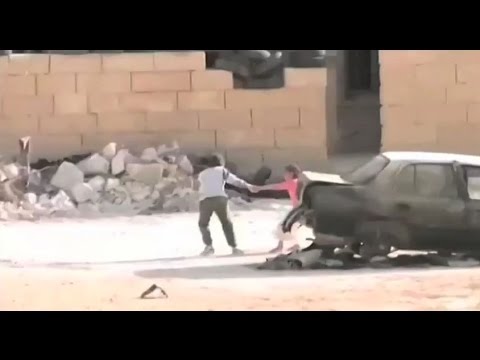 A viral video purporting to have shown a Syrian boy rescuing a young girl while under sniper fire has been revealed as a hoax made by Norwegian filmmakers.

The video, which had attracted over 3.8m YouTube views since being posted to the site earlier this month, apparently showed the young boy being shot before rescuing the girl, against a backdrop of male voices speaking Arabic.

However it has been revealed to have been entirely staged – shot last May in Malta by a Norwegian independent film company on the same set used for blockbuster productions such as ‘Gladiator’ and ‘Troy’, and featuring professional actors as the main stars and Malta-based Syrian refugees as the background actors.

Its makers came clean last night, saying their intention had been to draw a spotlight on the plight of kids on conflict zones, and that they had deliberately left clues in the footage to prompt questions as to its authenticity.

…However critics have accused the filmmakers of being “irresponsible and dangerous”, saying that passing the footage off as real is ethically unsound.