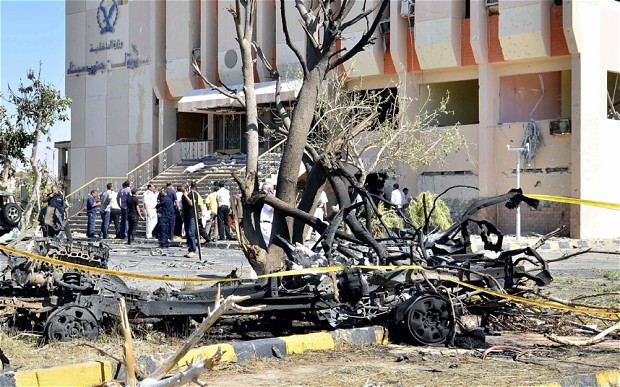 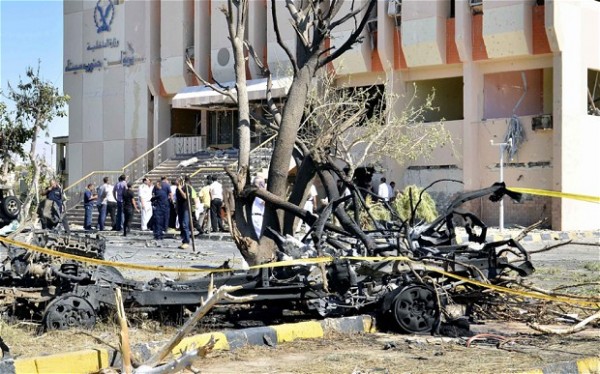 Armed assailants have killed five Egyptian security personnel in the Sinai Peninsula while the army is searching for eight service members missing after an attack on a navy boat in the Mediterranean.

In one attack on Thursday near town of Sheikh Zuweyid, rebels dragged three soldiers out of their car and killed them, officials said.

Another attack near the border town of Rafah targeted two policemen who were snatched from their car and shot to death.

All the victims were off-duty and wearing civilian clothes, the officials said, speaking on condition of anonymity because they were not authorised to talk to media.

Meanwhile in Cairo, 16 people were injured on Thursday in a panicked crush on a Cairo metro train after a small bomb exploded during rush hour, the Health Ministry said.

Egypt has been hit by a wave of attacks since the army overthrew President Mohamed Morsi last year.

The ambushes came a day after an unprecedented assault on a navy boat wounded five soldiers and left eight lost at sea.

The military, which said late on Wednesday it was still conducting search-and-rescue operations for those missing, has called the incident a “terrorist” attack.

But a day later the identities and goals of the assailants remained unknown.

A security official said that dozens of suspects rounded up at sea after the assault were still being interrogated.

It was not immediately clear whether they were “terrorists” or drug and weapons smugglers who frequent that part of the sea, he said.

Four boats used by the assailants were destroyed, according to the military.