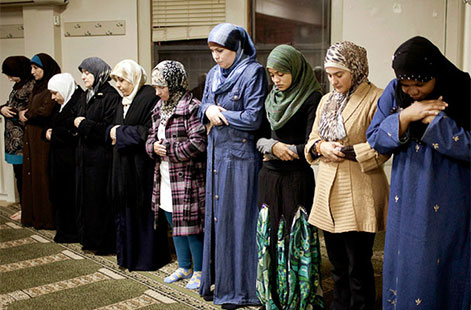 Searching for identity away from home, a growing number of Latinos have been reverting to Islam, seeing its teachings and guidance as setting their lives in order.

“It defines their world on a clear grid of what’s permitted or ‘halal,’ and what’s prohibited which is ‘haram.’ So they know exactly where they stand,” Stephanie Londono, who has a master’s degree from Florida International University and has published a study about religious conversions by Latinas, told Voice of America on Saturday, October 18.

“So the Qur’an becomes this guidebook that tells you exactly what to wear, what to eat, how to wash, how to behave, when to pray,” she added.

Over the past decades, a growing number of Latino Americans has reverted to Islam.

According to estimates by whyIslam.org organization, about 6 percent of American Muslims are Latino.

Similar numbers have been confirmed by Latino American Dawah Organization (LADO), a group that promotes Latino conversions, which said that more than half of new reverts are female.

Though there are no official figures, the United States is believed to be home to nearly seven million Muslims.

According to the Pew Research Center, 6 percent of American Muslims are Hispanic.

Further, one of 10 American-born converts is Hispanic, and that figure is growing.

The American Muslim Council puts the number of Latino Muslims in the US at about 200,000 in 2006.

The largest communities of Latino Muslims exist in areas with the highest concentrations of Latinos, such as New York City, Chicago, Los Angeles and Miami.

Yet, California is the state with the most Latino Muslims.

For some Latinos, the decision to revert to Islam followed their immigration to the US and feeling of losing their identity.

Greisa Torres, who arrived in Miami four years ago from Cuba, said she lost her identity in the move to find it in the Prophet Muhammad (peace be upon him).

Arriving with only her husband and kids, the Cuban woman found a new family by reverting to Islam while she was pregnant with her second son, Mahdi.

“It was very hard for me because we do not have family here, just my husband and my kids. On this day, my baby — Mahdi — he was going to be born,” Torres said.

“That is why I convert to Islam because I was scared,” Torres says.

While feminist Muslims might avoid the hijab, many Latinas embrace it.

“When people see you with the hijab, they respect you first. Second, it’s the emotion you feel because you are different. You believe in something. It’s amazing,” Torres said.

She added the going out in public with the hijab breaks traditional stereotypes that all Arabs are Muslim and all Hispanics are Catholic.

Islam sees hijab as an obligatory code of dress, not a religious symbol.