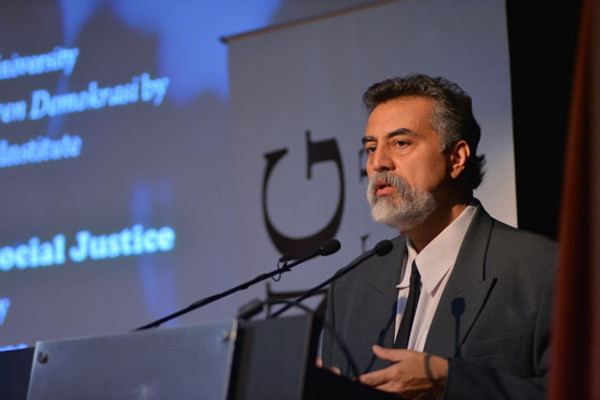 Dr Syed Farid Alatas, an associate professor at the Sociology Department, National University of Singapore, expressed disbelief over the recent proposal by Kelantan to impose jail term and fine on Muslim men who miss Friday prayers for three consecutive weeks.

“I read that the Kelantan state government intended to fine Muslim men RM1,000 and sentence them to a year’s jail if they skipped Friday prayers three times in a row.

“While I agree that society needs rules and regulations, it is immoral and unethical to propose such drastic action on those who do not perform Friday prayers regularly.

“There is an imbalance here as respect for the sanctity of personal life has been completely disregarded. This is bordering on coercion without taking civil liberties into account,” he said at a roundtable discussion on the threat of religious fundamentalism held in Kuala Lumpur.

Syed Farid said even if all Muslim men in Kelantan were driven to performing Friday prayers, the question is whether they were sincere in performing the prayers or doing it out of coercion.

“How does the Kelantan state government intend to enforce this proposal if it is implemented? Spying will create a culture of fear and hypocrisy, as Muslims will pray simply for the sake of praying.”

Syed Farid cited another example of a controversial fatwa issued by a former Saudi Arabian grand mufti that the sun orbited the earth instead of vice versa.

The fatwa was issued in 1966 by the late Sheikh Abdul Aziz Abdullah, who claimed that the sun orbited the earth, as the earth was fixed and stable.

“If left unchecked, Salafism or Wahhabism, will slowly erode the Malay culture. Many Salafi followers claim that most Muslims in the world are not Muslims,” Syed Farid said.

“Salafi followers think like this simply because many Sunni or Shia Muslims do not practice the Islamic religion like them. The Salafis have rejected a great deal of Malay culture.”

“Islamic rules and regulations should not interfere in the personal lives of Muslims, until they virtually intrude into their homes,” he said, in a reference to close proximity or khalwat cases.

The Selangor Islamic Religious Department (Jais) has been criticised this year for unwarranted khalwat cases with victims voicing their grievances publicly.

In July, three women and a man threatened to sue Jais following their arrest for close proximity (khalwat). At the time of their arrest, the man was standing outside the house while two women were inside and the third woman was standing at the doorway.

Syed Farid said another example of the Salafimation of Malaysia was Putrajaya’s campaign last year to vilify and demonise Shia followers in the country.

“The Malay language newspapers were the worst of all the media as they printed lies and falsehoods about the Shias,” he said.

He also accused PAS deputy president Mohamad Sabu of being a Shia adherent, prompting the latter to threaten legal action.

“I worry about what will happen to Malaysia as in their attempts to win the Malay vote, both Umno and PAS are trying to out-Islamise each other.

“Furthermore, Muslims in Malaysia are too close-minded as they only think about the Israelis attacking Palestine instead of the bigger picture,” Syed Farid said.

He said Islam was understood by Muslims to be a religion based on the middle way, with the concepts of justice and balance.

“Once the balance is lost, either end of the scale borders on extremism. When society is unable to strike a balance between coercion and freedom, they begin to move to the extremes of coercion.”

Syed Farid pointed out that contrary to popular belief, followers of miltant group Islamic State of Iraq and Syria, or Isis, were not comprised of Sunni majority, but Salafi followers.

“They follow an extreme form of Islam which views all non-Muslims as kafir (unbelievers) and engage in a purification of all other Muslim sects.

“Just imagine, even the al-Qaeda, who are extremists, rejected and expelled Isis from their group as their form of extremism was too much for them to accept.”

Syed Farid said Isis is voyeuristic, especially in its attitude towards women, which hints at repressed sexuality.

“The manifestation of this repressed sexuality results in strict rules and regulations being imposed by the sexually repressed individuals.

He said Isis wants to know what is going on in people’s homes, ostensibly on grounds of morality but actually to satisfy repressed sexual desires.

Syed Farid said there are three types of voyeurism. This includes real voyeurism, which uncovers sexual privacy such as adultery or close proximity.

The second type is imaginative voyeurism, which he said could lead to real situations, but is more for the purpose of issuing fatwas, with people thinking about all kinds of situations regarding sexuality.

“A fatwa was once issued saying it was permissible for a Muslim man to hide and peep at his fiancée having a shower as long as he has good intentions,” he said, to loud laughter from the audience.

The third type is “show and tell” voyeurism, where whatever the state finds out will be disseminated to the general population in lurid details.

Syed Farid said in order to overcome Salafism or Wahhabism, a concerted effort was required by Putrajaya to revive traditional Islam in Malaysia.

He added that the manner in which Christianity has been treated by Muslims in Malaysia actually went against the teachings of Islam.

“In ancient times, the Prophet made a series of covenants with the Christians. The Prophet indicated that anyone who broke the covenant by failing to protect the rights of Christians, would be cursed by God.”