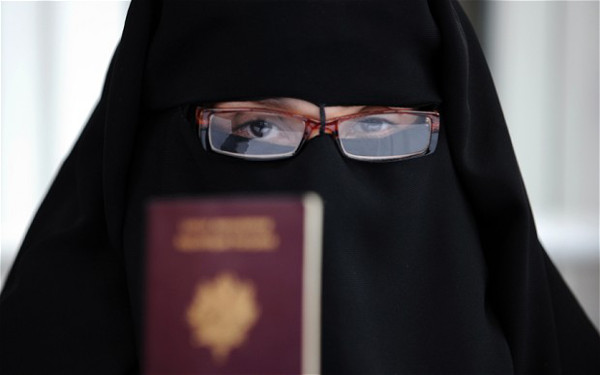 The burqa has, for many years, been a hotly debated and often controversial topic, rarely out of the media for longer than a week or two. In the news recently, a 16 year old girl had been told that her place at Camden School for Girls sixth form depended on her not wearing a niqab, the full-face veil. Each news story like this spawns countless more articles discussing the pros and cons of banning the burqa, each one eager to express their own opinion.

Yet why do so few of these articles seem to be coming from those whom the burqa most immediately concerns Muslim women?

I do not intend to add my opinion to the many others out there discussing the burqa. In fact, I do not think as a non-Muslim that my opinion really needs to be heard. I find it very hard to form any opinion without really knowing what Muslim women think of the burqa, and I think you should too. Some articles have argued that the hijab is degrading and restricting to the wearer, whilst others claim that it is liberating. Some articles even have the reporter “going undercover”, wearing the veil for a day, as if this qualifies them to give a definitive judgement on the burqa. The views of Muslim women are the most important, yet they are also the views most often overlooked.

The voices behind these articles are commonly white males. They are often quick to reach a definitive conclusion falling into one of two camps: women either should wear the burqa or they shouldn’t. But surely it is not a man’s place to tell a woman what she should or shouldn’t wear? This is little different to slut shaming: women shouldn’t wear revealing clothes, women shouldn’t wear the hijab. Societal expectations of women are frustratingly contradictory, often constraining women to a fine line of modesty they must carefully tread. Where in this are the opportunities for individuality and self-expression?

Ultimately, a journalist telling Muslim women that they shouldn’t wear the hijab is little different to a Muslim man telling his wife that she has to wear one. The voice of Muslim women simply seems to be ignored by almost everyone who wades into the debate. Halimah, a medical student who wears a hijab, agrees. “Those actually concerned the women wearing the niqab [or burqa] often aren’t included in the debate,” she argues. “If people want to discuss the issue, then niqabi women should definitely be on the panel.”

I have only ever seen one article amongst the hundreds discussing the hijab in which Muslim women were actually interviewed in any kind of depth and allowed to express their own views and beliefs. This appears to be symptomatic of a deeper problem.

In these articles, Muslim women do not have a voice. They have been reduced to the burqa itself, a silent object devoid of emotion or opinions. All too often Muslim women are not given the chance to hold an opinion about anything, and this problem stretches far beyond the burqa debate. Another Muslim student tells me: “I do think that the media gives a one-sided view on anything Islamic; it would be good to read articles from Muslim women, especially on subjects – like this one – which affect them directly. Men of any colour or race aren’t women!”

This dominance of white male voices reduces Muslim women to a stereotype – meek and subservient – that is just as damaging as the stereotype of the male Muslim as an Islamic radical. The silence of Muslim women in western society feeds Islamophobia. It is also, purposefully or otherwise, misogynistic, as Muslim women are denied the chance to have a choice, let alone to defend it. It is crucial that they are given a greater voice in media and politics as well as society in order for others to begin to understand and accept their diverse culture, and respect their individual choices.

Only then, perhaps, can we begin to see the burqa debate as a far smaller issue than we have made it.