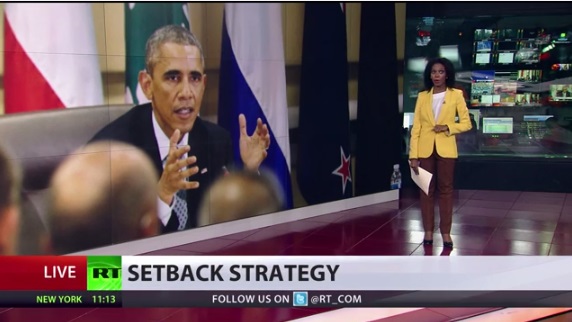 Despite the ongoing Islamic State advance in Syria and Iraq, Washington is not preparing to take more decisive steps against the extremists. That’s according to Barack Obama, who told military chiefs from 21 allied countries to prepare for a drawn-out war that will involve ups and downs for the US-led coalition. Obama pledged to continue bombing the militants in Syria and Iraq – but admitted that Islamic State can’t be defeated by air strikes alone. There was no mention of any plans for a ground operation. Anti-war activist Brian Becker thinks Washington will eventually send in the troops anyway.