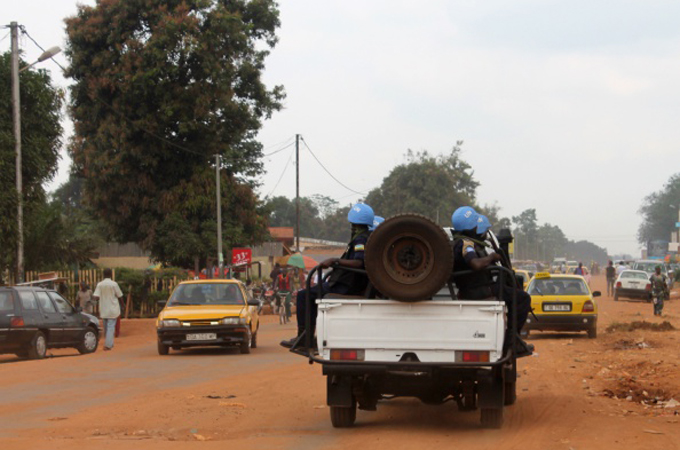 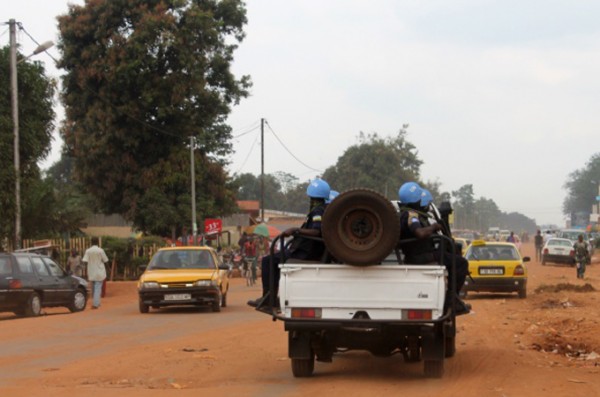 Two people were killed in fighting in the capital of Central African Republic and six peacekeepers from Burundi and Cameroon were wounded in an ambush, a spokeswoman for the United Nations mission in the country (MINUSCA) said on Saturday.

The violence follows days of fighting that could undermine the interim government of President Catherine Samba-Panza, who took office in January aiming to end two years of unrest in which thousands have died and more than 1 million have fled.

The unrest has been over power and resources in a country with reserves of gold and diamonds. Rival communities have also clashed across religious lines.

Those killed overnight include a gendarme and a local leader for a militia known as “anti-balaka”, whose adherents follow Christianity and animism.

The peacekeepers were attacked in a neighbourhood near the airport and two were seriously hurt, Myriam Dessables, a spokeswoman for Minusca, told Reuters.

Minusca took over peacekeeping in the impoverished country in mid-September from a mission run by the African Union.

Central African Republic was plunged into chaos as mostly Muslim rebels from a coalition called the “Seleka” seized power in March 2013.

Its rule was marked by abuses that prompted a backlash from the “anti-balaka”. France sent troops to its former colony and an existing African peacekeeping force was beefed up.

Sporadic violence has continued despite the Seleka leader’s resignation from the presidency in January.

A Reuters witness said there was no sound of gunfire in the capital on Saturday after days of violence rated the worst in months. Dessables said some airline companies had cancelled flights to Bangui for security reasons.

Anti-balaka ministers in Samba-Panza’s government resigned this week and on Saturday the Seleka called on her to quit.

“We ask her to step down because she is no longer up to her mission, which is to reconcile Central Africans and to bring back peace, said Lieutenant Younous Ngapdia, director in the group’s military headquarters, which is in Bambari northeast of the capital, Bangui.

He said that Samba-Panza had asked the Seleka to quit Bambari, its stronghold town. The demand amounted to a threat to its citizenship, he said.

Most Muslims have fled the south of the country due to violence against them. This has created a de facto partition, which some members of Seleka leaders have pushed to formalise.

Civil society groups issued a statement on Saturday that dismissed the calls by the Seleka and the anti-balaka for Samba-Panza’s resignation. It blamed those groups for violence and called for national dialogue.