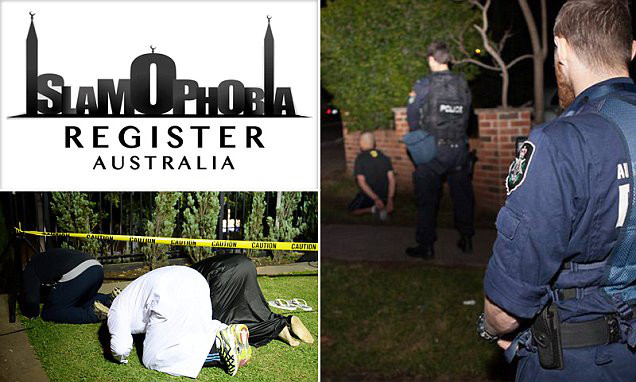 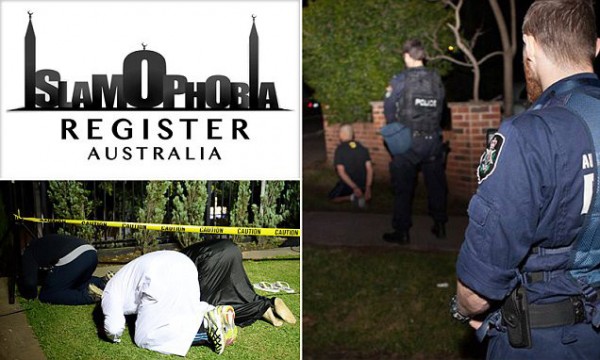 Despite widespread allegations of Islamophobic incidents across the country  the head of the NSW Police ‘bias motivation crimes unit’, put in place following the 2005 Cronulla riots, says he has not seen a significant rise in the number of anti-Muslim attacks reported to police.

It comes as those in the Muslim community take it on themselves to offer security to women and children, citing a lack of confidence in authorities to clamp down on religiously-motivated attacks following the anti-terror raids in Sydney, Brisbane and Melbourne.

There is currently only one full-time officer working in the NSW Police’s Bias Motivation crimes unit, along with a policy officer.

The unit oversees all complaints of biased-crimes, a broad umbrella that includes religious, racial, sexuality and gender bias, raising concerns it is under-resourced to deal with escalating rates of Islamophobic incidents.

The spokesperson for the unit, Superintendent Danny Sullivan told New Matilda NSW Police was continuing to build confidence with members of the Muslim community and that the unit was working “exceptionally closely” with Local Area Commands (LAC), particularly in western and south-west Sydney, to deal with biased-crime complaints.

But Mariam Veiszadeh who is behind the Islamophobia Register Australia page on Facebook says there was a lack of confidence NSW Police would take anti-Muslim attacks seriously, in the same way they respond to alleged terror threats.

She says there is a real feeling that Australia could be rounding the corner on another Cronulla Riot because of media incitement against Muslims – ironically the very incident that partly provoked the NSW Police Force to set up the unit.

Ms Veiszadeh’s register is a direct response to this lack of confidence, and represents Muslim Australians taking it on themselves to compile and build data on the rates of Islamophobic incidents.

Ms Veiszadeh began compiling the register on the eve of the anti-terror raids across south-west and western Sydney, a coincidence that followed growing community concern over rising Islamophobic sentiment.

Ms Veiszadeh told New Matilda concerns over anti-Muslim attacks had been building for some time.

“We had already heard about incidents of racism and religiously motivated crime, and we felt a desperate need for this to start. It was discussed at the community level for a while,” Ms Veiszadeh told New Matilda.

“… I’ve been overwhelmed with the response. It picked up very quickly. Since this rhetoric started in relation to the anti-terror legislation, and obviously debate continued, we saw anti-Muslim sentiment on the rise.”

The page chronicles many disturbing incidences of attacks on Muslim Australians, particularly on women.

Last week, a Muslim woman was assaulted on a Melbourne train, and there have been several allegations of women in hijab being subjected to verbal assaults.

“Unless it’s an incident where someone is physically abused or bashed on a train, for example, there is a lack of information about what can be done,” she says.

“I don’t think the NSW Police are doing enough to assure the public that authorities are out in force, and that they would take action towards (anti-Muslim attackers) as they would against suspicions of someone engaging in acts of terrorism.

“Whilst I appreciate that the issues are somewhat different – more needs to be done to take a stronger stance against Islamophobia.”

Whilst the anti-terror raids on Muslim homes in September were heavily resourced, Ms Veiszadeh says the unit dealing with biased crimes was inadequately equipped to deal with anti-Muslim attacks.

“We know Muslims women are being attacked, we know there is anti-Muslim sentiment. But we have to police ourselves, we have to get our own communities to rally the troops when it really should be coming from authorities,” she says.

Ms Veiszadeh says she knows of women who are intimidated to go out in public given the current environment, and she cited the case of a Melbourne man who was considering offering a free security service to Muslim women.

She says there were reports of women making complaints to police, and hearing nothing back. It follows a case in Melbourne where a bystander complained the Victorian police did not act on a complaint of abuse against three women in hijab until she publicised the case through social media.

Superintendent Sullivan told New Matilda the bias motivated crimes unit was a “reviewing unit” rather than a “doing unit” and that the first point of call for those who wished to make complaints was their local police station.

He says the NSW police had building community engagement as a cornerstone of their policy.

“It’s incumbent that we are approachable and we are there for all members of the community, stepping aside from the current climate, specifically for the biased crime unit, we’re working closely with Local Area Command and giving specific information about how to engage with community… basically letting them know what a biased crime is and what they can do about it.

“It’s that issue of confidence. You should come and report it. People have this internal dialogue where people often say ‘they won’t take it seriously’, or ‘they won’t listen to me’…

“We’re not pretending anything is perfect. We take it seriously. We’re trying extremely hard to get this right in difficult circumstances.”

Supt Sullivan rejected concerns there hadn’t been a rise in reported attacks suggested a lack of confidence in the NSW Police.

But Ms Veiszadeh said while members of the Muslim community were working with police to deal with the issue, there needed to be greater support.

“We are having those meetings, we are getting those verbal assurances, but we are not seeing it in practice,” she says.

Award-winning writer Randa Abdel-Fattah told New Matilda that while NSW Police had a difficult job in combating Islamophobia in a media climate “so persuasive in whipping up fear an frenzy”, it fundamentally came down to an issue of trust.

She said it was time to change the conversation around Islamophobia and shift the responsibility from the victims.

“There’s this frustration in addressing Islamophobia that it’s always been that the victims have had to do the work.

“Why can’t the perpetrators start acknowledging they have a problem and start figuring out what needs to be done? The other issue about changing the conversation around Islamophobia goes back to the way Muslims are constantly policed and managed and debated and discussed.”

Ms Abdel-Fattah says the focus on Islam and radicalisation had overshadowed the growing problem of Islamophobia in Australia, which has existed in various forms for a long time.

“It feels like there is so much attention on Muslims and radicalisation, meanwhile a huge movement of Islamophobic radicals has grown and no-one has paid attention to it,” she said.

“It’s like a volcano erupting, particularly on social media, with all these sorts of verbal attacks [from people] who I feel have become more confident in doing that.

“And I think that’s what worries the Muslim community – the fact police and government have been so concerned about our community becoming radicalised that they’ve turned a blind eye to people who have been whipped into hatred.