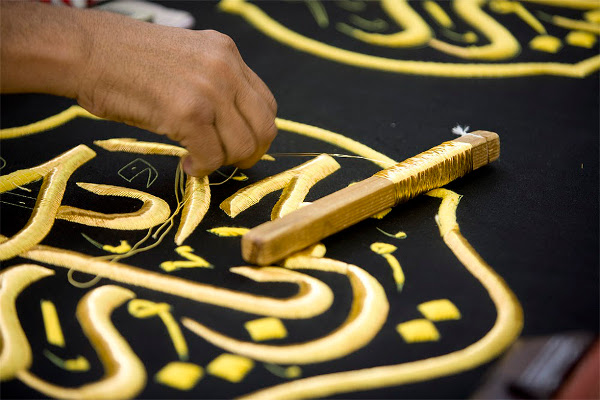 Saudi Arabia is preparing to unveil the newly sewn Kiswa, or cover of the holy Kaaba structure, as per tradition.

Each year, a specialized factory in Makkah sews a new Kiswa which will be used to cover the Kaaba during the upcoming hajj pilgrimage.

Sheikh Abdul Rahman al-Sudais, the head of the presidency of the Two Holy Mosques, said: “The cover is… completely manufactured in Saudi Arabia after it had previously been manufactured and transferred from Egypt or other countries.”

According to Sheikh Dr. Saleh al-Shebi, caretaker of the Grand Mosque, a full-time maintenance team is tasked with preserving the Kiswa as some pilgrims try to take pieces of the fabric home with them.

Misconceptions have led some pilgrims to swallow the threads of the Kiswa, thereby setting off a practice that leads to the disfiguring of the cover.

They remove the threads using rings and scissors in the hope that it will bring them good luck and blessings. This continued action has disfigured the Kiswa, Makkah daily said in a report published earlier this year.