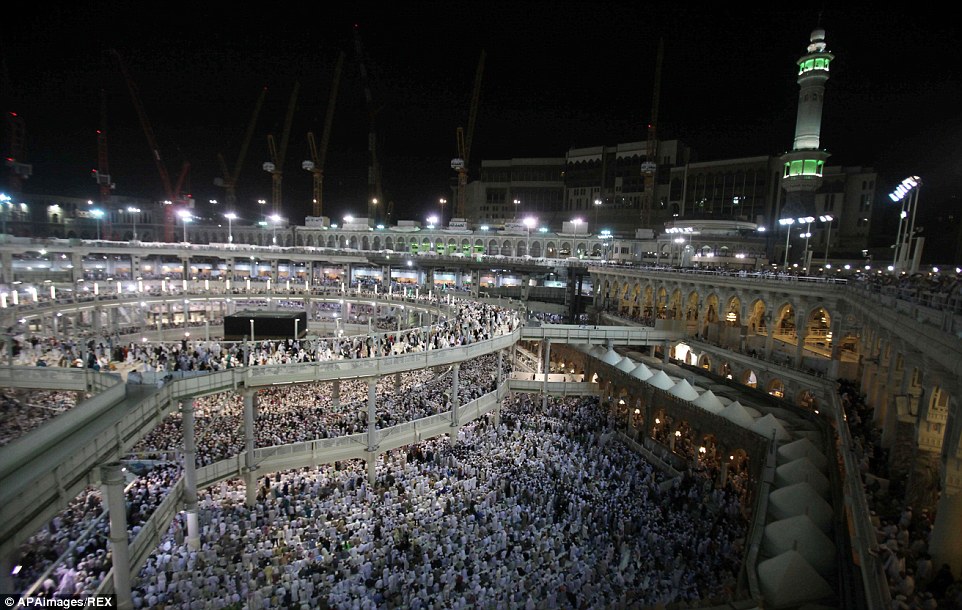 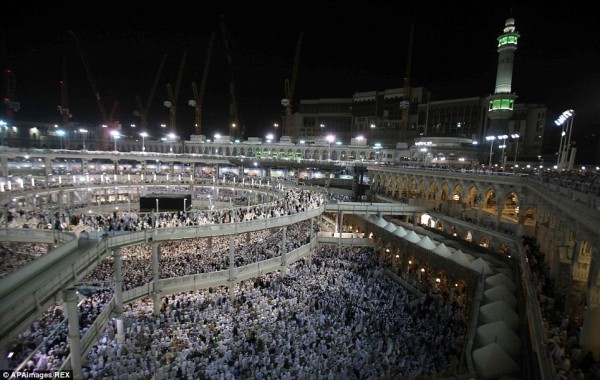 Millions of Muslims are converging on Saudi Arabia to prepare for the annual Hajj pilgrimage – one of the largest gatherings of people in the world.

Scores of pilgrims gathered inside the Grand Mosque after nightfall in anticipation of a religious journey that is considered one of the Muslim faith’s greatest acts of worship.

Every adult Muslim is required to complete the Hajj pilgrimage at least once in their lifetime as long as they are physically and financially capable of making the expensive and difficult journey. 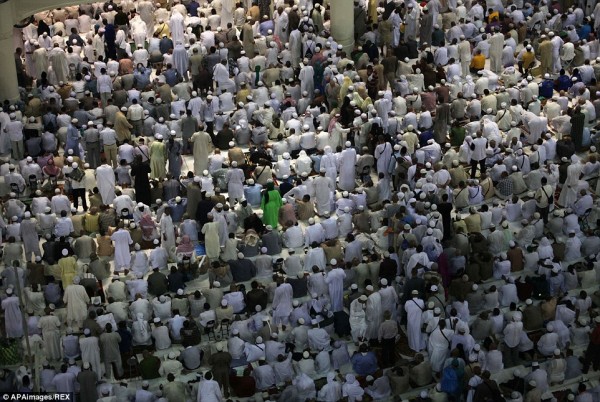 Pilgrims wear unstitched folds of white cloth as they make the trek to Mecca’s Grand Mosque, Islam’s most sacred mosque.

Every year, Muslim faithful from about 160 countries converge on the Islamic city of Mecca and other locations in western Saudi Arabia to complete the holy journey.

The week of Hajj occurs during the last month of the Islamic calendar and it requires pilgrims to perform a number of services or rituals before arriving in Mecca. This year’s pilgrimage is expected to begin on 3 October.

When the faithful reach the Grand Mosque, they walk counter-clockwise seven times around the cube-shaped Kaaba – the holiest site in Islam.

Hajj, the fifth of the pillars of Islam, coincides with the Eid al-Adha festival, known as the Feast of the Sacrifice and is meant to commemorate the trials of Prophet Abraham and his family. 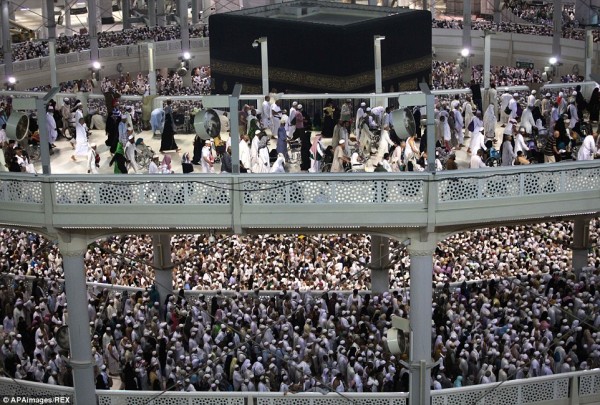 This year, officials in Saudi Arabia are taking extra precautions to ensure the Ebola outbreak in West Africa remains outside the kingdom and to prevent the spread of the deadly MERS coronavirus.

For the complete photo-set please see the original article.