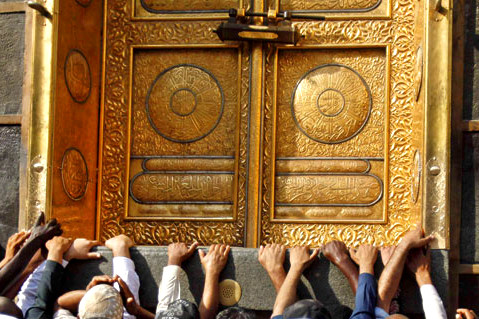 Some verses and hadiths emphasize the worth of Arabs, some emphasize the worth of non-Arabs, and some criticize part of the Arabs harshly.  Our approach to this question must balance mostly the first two kinds of emphasis. This is not a defense of a cultural bias, but a description of what Allah and His Prophet (saws) said.

The evidence for the superiority of Arabs can only be based on the fact that the last Revelation took place within the historical context of Arab culture.  Because of that, Arabs are distinguished, just as Muslims are distinguished, but accidentally (i.e. historically) the Arabs stand in the forefront and this is from Divine favor.

In the same sense, the Arabs are the first concerned by the Divine Revelation because Allah Most High said “We have revealed it in a clear Arabic tongue”.

None of this is to say that an impious Arab is superior to a pious non-Arab nor that an ignorant Arab is superior to a knowledgeable non-Arab: in those cases, the reverse is true. Also, a non- Arab who learns Arabic intending fuller knowledge of Shari`a, is rewarded more than if he didn;t have to learn Arabic first even if the teaching and learning of Arabic simply as a language, is mustahabb (a praiseworthy act) for all over and above that of any other language. That is why the Shari`a encourages every Muslim to learn Arabic and it is said to be a duty.

Allah also said “You are the best of peoples” (3:100) and this ayat addresses primarily the first generation of Muslims, the Muhajirun and Ansar, who were Arabs except for very few.  The ahadith that praise the Prophet’s (s) generation or century, “then the next, then the next” (Muslim) and Abu Bakr and `Umar as the best of mankind after him, confirm that verse although the number of non-Arabs increased.

But the epicenter of both the above mentioned verses and the hadiths is the Prophet (saws).

It is confirmed in the narration of the two freedmen among the Companions who quarreled, whereupon each one hurled at the other the name of his ethnic origin by way of insult, namely: “You Copt!” and “You Abyssinian!” Hearing this, the Prophet (saws) said to them: “Stop this, for you are now both from Aal Muhammad.” The Shaykh of our teachers Abu al-Yusr `Abidin mentioned it in his book on slavery in Islam titled _al-Qawl al-Wathiq fi Amr al-Raqiq_ citing al-Sayyid al-Hifni’s _al-Jawahir al-Hisan fi Tarikh al-Habashan_.

In addition we have to love the actual Family of the Prophet (saws) and most of them are non-Arabs in our time. But the reason why we love anyone in Islam is Taqwa -godwariness- without which we cannot give them any attention even if they are from Ahl al-Bayt. We certainly do not love transgressors, even if they should be from Ahl al-Bayt. When the Arabs lost their Taqwa, Allah Most High withdrew power from them. So it means little to be a Sayyid or Sharif without taqwa, and even less to be an Arab unless one has taqwa.

In his last `Umra (year 1421) the Sharif Sidi Mustafa Basir al-Hasani was sitting in front of the Muwajaha al-Sharifa [grave of the Prophet (s)] at which time one of the Arab guards there asked him: “Does it help anyone to be from Ahl al-Bayt?” He replied without looking at him: “With Taqwa.” The other said: “And without Taqwa?” Shaykh Mustafa replied: “I told you: with Taqwa.”

Allah Most High said in the Qur’an:

“O humankind! Lo! We created you male and female,  and made you nations and tribes that you may know  one another. Surely, the noblest of you, in the sight of Allah,  is the most righteous of you.  Lo! Allah is Knower, Aware.” (49:13):

In other words, nobility is of three kinds: (1) Godwariness – of which the Prophet Muhammad (saws) is the highest example; (2) the Prophetic House; and (3) Fitra or Pristine Disposition.

“There is no superiority of an Arab over a non-Arab,  nor of a non-Arab over an Arab…. except in whoever fears Allah the most.”

This is narrated from 17 Sahaba, so it is mutawatir (mass-transmitted). And this is the belief of Imam al-Shafi`i (ra).

Whatever ruling Imam al-Shafi`i meant when he said he preferred Arabs to marry Arabs, does not have a bearing on affirming superiority in the eyes of Allah but only with custom and on condition that those concerned are people of Taqwa. Imam al-Shafi`i never said that he would prefer a non-muttaqiArab over a muttaqi non-Arab. It is likely, also, that what the Imam meant by “Arabs and non-Arabs” in this particular ruling was as an euphemism for free men and slaves, and this sense is also implied in the narration “There is no superiority of an Arab over a non-Arab.” Meaning: of a free man over a slave or former slave, because slaves and former slaves were overwhelmingly non-Arabs since the earliest centuries in Islam. This is confirmed by the narration adduced by Ibn al-Salah in his Muqaddima on the Hadith sciences from `Ata’ that the latter was asked by the Caliph Hisham ibn `Abd al-Malik in al-Rusafa:

Mawla is one of the addad in Arabic- words referring also to their opposites – and can mean the slave-owner, as illustrated by `Ali’s word to the Ansar: “How can I be your Mawla [=owner] when you are all Arabs [= free men]?”. Narrated by Ahmad with a chain of sound narrators as per al-Haythami in Majma` al-Zawa’id (9:128-129 #14610).

In this sense, what al-Shafi`i meant by his fatwa was that it is disliked for a free woman to marry a slave because it is preferable for her to bring free men and women into the world, and Allah knows best.

The Prophet (saws) also emphasized, although his tribe and clan are the best and they are the Arabs, that being related to him, in fact, consists in obeying Allah, not in being the son of so-and-so among his relatives: “Inna Bani fulanin laysu li bi awliya, innama waliyyi Allah.” “The sons of So-and-so are not (necessarily) my relatives. Allah is my Patron, and (so are) the righteous believers.”  This is part of emphasizing the worth of non-Arabs. The Prophet (saws) similarly emphasized that Salman al-Farisi (r), a Persian, was related to him.

Another hadith reads: “Hubb al-`Arab min al-iman“, “The love of Arabs is from belief.” But this is forged (mawdu`) according to Abu Hatim, Ibn al-Jawzi, al-Dhahabi, and others.

The hadiths which emphasize that a non-Arab can achieve higher status than an Arab, are the two sayings related to Salman, although the first clearly applies to his particular person only: first, that he is of Ahl al-Bayt, second, that some Persians would reach knowledge even if it were at the Pleiades.  This is in reference to the words “Wa akharina minhum…” “And other than them (the Arabs)” in the verses “He it is Who hath sent among the unlettered ones a messenger of their own, to recite unto them His revelations and to make them grow, and to teach them the Scripture and Wisdom, though heretofore they were indeed in error manifest, Along with others of them who have not yet joined them” (62:2-3).