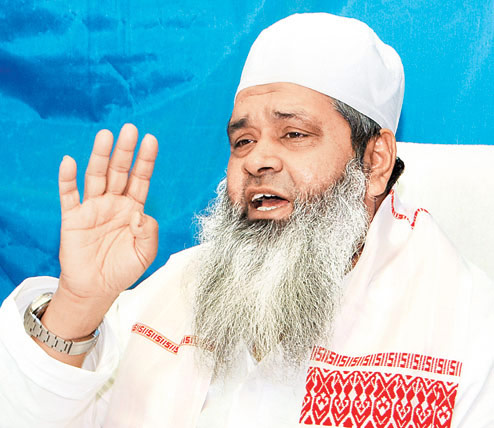 The Assam State Jamiat Ulema (ASJU) has asserted that Muslims in the state would not subscribe to al-Qaida ideology, affirming that terrorism had no place in Islam.

“Muslims of Assam are peace loving and want to leave in harmony with people of different religious affiliations. Muslims in the state will not allow al-Qaida ideology to flourish because they know that the outfit does not propagate Islam which champions peace and harmony,” ASJU secretary Maulana Fazlul Karim said.

Al-Qaida leader Ayman al-Zawahiri’s recent announcement on the organization’s new footprints in South Asia, including Assam, has put security establishment in the state on high alert. Security agencies are apprehensive that a sense of deprivation among Muslims, especially because of lack of employment opportunities and recurrence of violence in Bodoland Territorial Areas District (BTAD), could make many among the community radicalized and easily drawn to the terror outfits.

Muslim leaders like Karim countered the argument saying the community members in the state still regarded such conflicts local affairs.

“It is an exaggeration to say that conflicts like in BTAD would create grounds for al-Qaida recruits. Majority of Muslims see these conflicts as local affairs. They are very committed to their land, state and country. They want their grievances to be solved through legal and government assistance,” Karim stressed.

At the same time, ASJU has made an appeal not to politicize and use Zawahiri’s statement as a tool to harass innocent Muslims. “Muslims are as much committed to their motherland as other citizens. Our humble appeal is not to cash in on the issue for petty politics because several Muslims here have been arrested in the past for being ‘ISI agents’. Many of them were released when no evidence could be gathered or proved against them. This is a form of harassment. This should not happen again,” Karim added.

Mazedur Rahman of Char Chapori Sahitya Parishad, a socio-cultural organization of Muslims residing on sand islands of Brahmaputra, said the government machinery should stay alert against vested interest groups trying to play petty political and communal games in the aftermath of Zawahiri’s announcement.

“Like all other communities, Muslims in the state are against terrorism,” said Rahman.