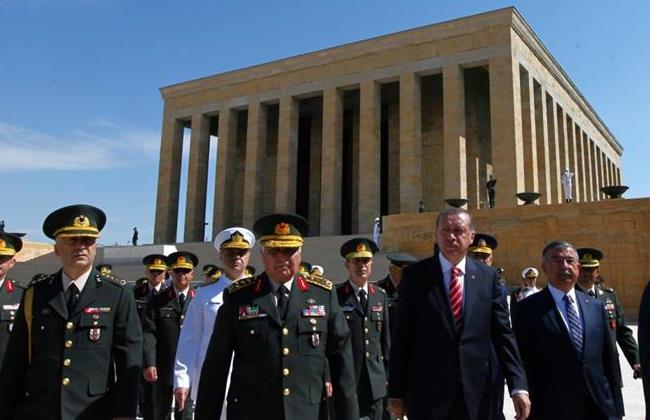 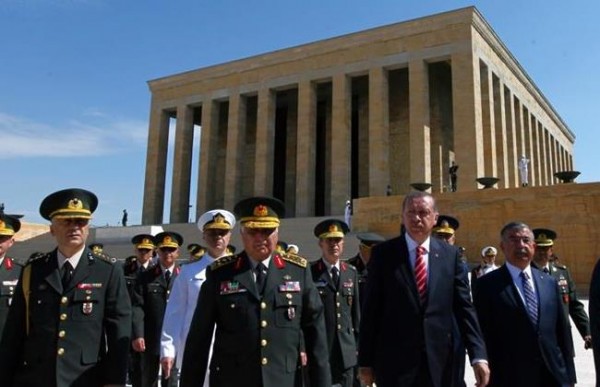 Turkey will refuse to allow a US-led coalition to attack jihadists in neighbouring Iraq and Syria from its air bases, nor will it take part in combat operations against militants, a government official told AFP Thursday.

” Turkey will not be involved in any armed operation but will entirely concentrate on humanitarian operations,” the official said on condition of anonymity.

The decision echoes the country’s refusal to allow the US to station 60,000 troops in Turkey in 2003 to invade Iraq from the north, which triggered a crisis between the two allies.

Ankara then also refused Washington permission to use its air bases to attack Saddam Hussein’s regime.

Turkey has come under fire by some critics for indirectly encouraging the formation of ISIS because of its support of Islamist opponents of Syrian President Bashar Assad, and its loose control of its borders.

But Ankara vehemently denies its strategy has backfired.

US Secretary of State John Kerry was to hold talks in Saudi Arabia on Thursday to drum up support from 10 key Arab nations and Turkey, after President Barack Obama announced Washington’s new strategy against ISIS jihadists, which will include air strikes in Syria.

After a lightning advance, ISIS militants now control swathes of Iraq and much of northern Syria along the Turkish border.

Turkey now sees itself a victim of ISIS with Islamist militants holding 49 Turks hostage, including diplomats and children, abducted from the Turkish consulate in Mosul in Iraq on June 11.

Ankara is therefore reluctant to take a stronger role in the coalition against ISIS militants in apparent fear of aggravating the hostage situation.

“Our hands and arms are tied because of the hostages,” the official told AFP.

Turkey can open Incirlik Air Base in the south for logistical and humanitarian operations in any US-led operation, according to the official who stressed that the base would not be used for lethal air strikes.

” Turkey will not take part in any combat mission, nor supply weapons,” he said.

Turkey is the only Muslim country in a coalition of 10 countries who agreed to fight ISIS at the NATO summit in Newport.

Kerry is due to stop over in Turkey on Friday according to the official, although the US embassy in Ankara declined to confirm the visit that comes as part of a regional tour.