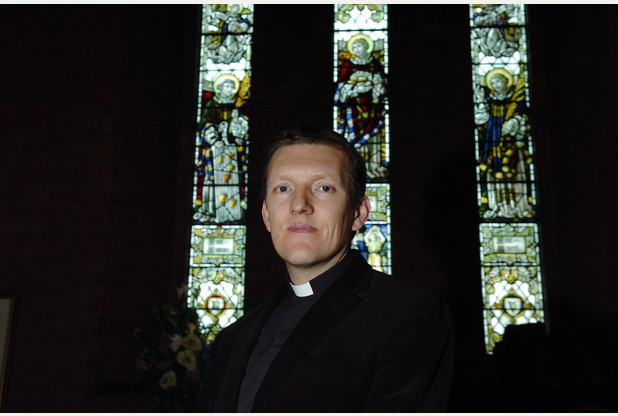 JUST after the brutal murder of Fusilier Lee Rigby last year, I spent an evening with a group of friends at a local pub.

The wide-ranging conversation turned to Islam and it soon became evident that there was a deep antipathy towards Islam in general and Muslims in particular following 9/11, 7/7 and other atrocities. I was concerned that although none of us sitting around that table knew any Muslims or had ever been in a mosque, most believed Islam to be a religion that promotes violence.

I decided I would do something practical in response to my own ignorance about this faith community. I contacted the Derby Multi-Faith Centre and explained to the director that I would like to be put in touch with a Muslim family in Derby who might be willing to meet me and help me to understand Islam and how their faith impacted upon their daily lives.

A few weeks later, I first met my new friend in his home in Derby. We spent more than an hour together chatting and he graciously listened to the back-story that had led me to our meeting. I was then invited to join his extended family for a meal. This was an occasion of prayer, informal conversation and laughter and I feel deeply privileged to have been invited to participate.

Since then, I’ve been able to explain to some of my friends just how compassionate, welcoming and peace-loving my friend and his family are, which, of course, will be true for the majority of Muslims both here in the UK and around the world. Many of them may be conservative in how they express their faith, but that most definitely should not be seen as a threat!

This July, I decided to keep a day’s fast in Ramadan as a small way of standing alongside the local Muslim community, especially at a time when many feel ostracised at being seen as a threat to society. Indeed, one man told me how, while walking to work holding a bag, someone shouted from a passing car: “Is the bomb heavy!” I visited my friend’s mosque (the first to be opened in Derby in 1965) to observe a prayer meeting, after which we broke our fast and had another meal with his family. I am looking forward to welcoming them all to my home in Ockbrook in the near future.

I feel that my life is being enriched through my developing friendship with this Muslim family and in understanding more about their faith. All the Muslims I have met so far have been welcoming, generous with their time, open to questions and peace-loving. I believe they bring enrichment to our society. I wish to do all I can to challenge the misunderstanding held by some that Muslims are, by their very nature, a threat to society. My experience shows that just isn’t the case and I would encourage everyone to seek to get to know members of this faith community for themselves and so build some bridges of reconciliation, peace and hope.