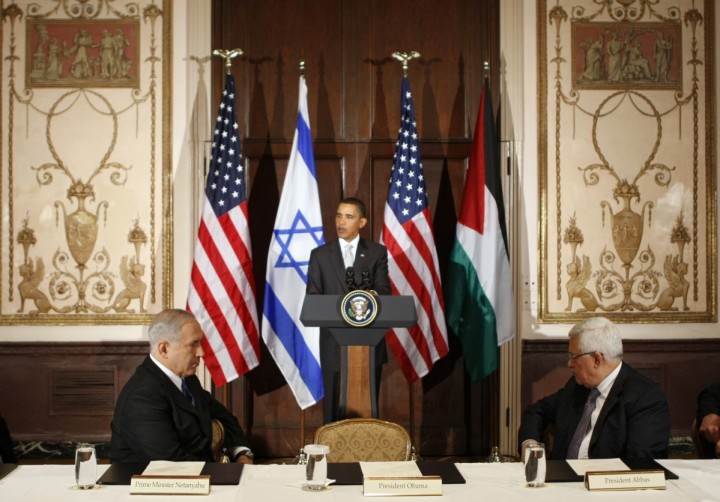 Israeli Prime Minister Benjamin Netanyahu and Palestinian Authority President Mahmoud Abbas met secretly in Amman before the announcement of a ceasefire with Palestinian factions in the Gaza Strip, according to a Jordanian news report.

Al-Ghad newspaper alleges that the meeting took place several daysbefore the agreed ceasefire which brought an end to seven weeks of conflict. The alleged meeting brokered by the King of Jordan was the first between the pair since September 2010 despite many periods of Israeli-Palestinian negotiation.

Following the ceasefire announcement, Netanyahu was asked at a press conference if he believed Abbas to be a “partner for peace”. He said that the Palestinian Authority leader “needed to choose the side he is on”.

The Israeli leader added that, in the event of any agreement with Abbas, he would want the Palestinian Authority and its forces in control of the Gaza Strip.

As part of the ceasefire deal, the Palestinian Authority is set to lead the coordination of the reconstruction efforts in Gaza with the various international parties.

The other clauses of the ceasefire will see Israel narrow the 300m security buffer within the Gaza border to give Palestinians more access to farmland; Gaza’s fishing zone will be extended from 3 to 6 miles; and the transfer of humanitarian aid and construction materials will be permitted through the Erez and Kerem Shalom border crossings.

Hamas said the truce was a “victory for the resistance” while Netanyahu claimed Hamas gained no concessions from the agreement.

Ban Ki-moon warned that “any peace effort that does not tackle the root causes of the crisis will do little more than set the stage for the next cycle of violence”.

The Office of Benjamin Netanyahu declined to comment and there was also no confirmation of the report from either party.

In the seven-week conflict, over 2,100 Palestinians, mostly civilians and 68 Israelis – all but five were soldiers – were killed.