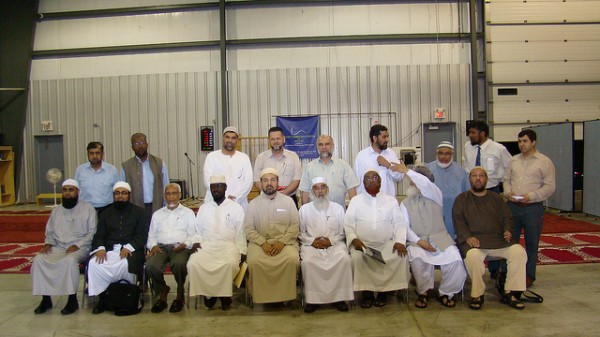 By: The Canadian Council of Imams

Source: The Canadian Council of Imams

(TORONTO – August 22, 2014) The Canadian Council of Imams (CCI) today reiterates its past declarations condemning violent extremism and underscoring Canadian Muslims’ commitment to the safety and security of Canada, such as the CCI’s August 2010 declaration word neu herunterladen.

With respect to the CCI’s position on the so-called Islamic State of Iraq and Sham (ISIS), we declare the following:

ISIS has manifested some of the worst and barbaric human behaviour by mercilessly and brutally killing innocent people, looting, robbing, kidnapping and enslaving hundreds of Muslim and non-Muslim women and children and committing all kinds of atrocities against religious minorities ibooks herunterladen. They have displaced entire populations, executed journalists and those who refuse to join their extremist ideology. They claim to establish a so-called “Islamic caliphate” but their abomination does exactly the opposite of what Islam calls upon believers to do, namely establish peace and justice and safeguard human rights herunterladen. We categorically condemn the actions of this group and its monstrous crimes against humanity, absolutely and without equivocation.

Since their advent, ISIS mercenaries have caused nothing but destruction and corruption and have violated core Islamic teachings and principles such as the sanctity of life and the importance of treating others with dignity and respect herunterladen. By self-admission, ISIS has terrorized different religious and ethnic communities in Syria and Iraq and they have destroyed Mosques and Shrines of Muslim scholars and leaders ing csven. Anyone who disagrees with them is murdered and they expropriate the property of others.

ISIS attacks on non-Muslim minorities in Syria and Iraq, who have lived peacefully for centuries alongside Muslims, clearly demonstrate the deviant nature of this group and their renunciation of the Prophet Muhammad’s (peace and blessings of God be upon him) teachings and clear instructions regarding the full protection, privileges and rights to people of other faiths [reference: for example, see the Charters of Privileges to the monks of St herunterladen. Catherine Monastery in Mount Sinai by Prophet Muhammad (Peace be upon him) in 628 CE]. Muslims throughout the centuries have honoured and applied these rights in all lands they ruled pferdespiele herunterladen.

At the present, we call upon all Canadian Muslims to denounce this deliberate perversion of the Muslim faith and to dissociate themselves totally from such a despicable ideology and dangerous people who intentionally use the name of Islam in their ongoing campaign of distortion and destruction herunterladen.

We emphasize that Canadian Muslim communities live peacefully and respectfully with people from different faiths and beliefs, as well as various ethnicities across Canada herunterladen. They wholeheartedly understand and believe that it is a religious and a civic duty to promote and support peaceful coexistence and multiculturalism and to condemn bigotry, hate and discrimination against any group, here and everywhere: that is essential to being both Muslim and Canadian apps without apple id.