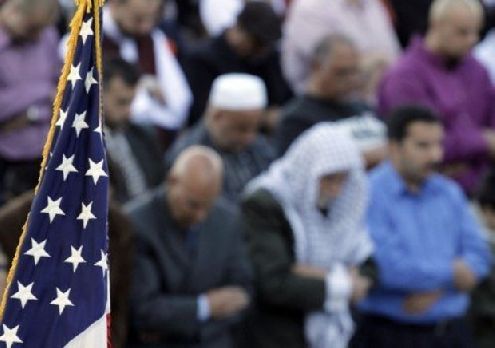 A group of five Muslim American men included on the watchlist of suspected terrorists maintained by the United States government filed a federal complaint on Thursday this week contesting their placement.

“The federal government has unjustly and disproportionately targeted American Muslims by routinely adding their names to the Terrorist Screening Database without affording them their rights to due process,”Lena Masri, a staff attorney for the Council on American-Islamic Relations (CAIR), said in a statement announcing the legal action. “The lawsuit will challenge the government’s broad and unchecked power to secretly label individuals as ‘known or suspected terrorists’ without concrete facts, but based on only a vague standard of ‘reasonable suspicion.’”

Much of the details surrounding the watchlists maintained by the US government have long been shrouded in secrecy, but The Intercept, an online news publication, has released no fewer than two separate stories in recent weeks about those rosters after receiving leaked documents not intended for the press of public.

Thursday’s complaint, the Intercept acknowledged, specifically cites the “recent media accounts” concerning the watchlists as an impetus behind the legal action.

In July, the Intercept published a 166-page document, the “March 2013 Watchlisting Guidance,” suggesting that the US government relies on “a secret process that requires neither ‘concrete facts’ nor ‘irrefutable evidence’ to designate an American or foreigner as a terrorist,” journalists Jeremy Scahill and Ryan Devereaux wrote for the website. A separate story, published earlier this month, stated that more than 40 percent of the 680,000 people included in the government’s Terrorist Screening Database have “no recognized terrorist group affiliation,” according to classified documents.

Additionally, the Intercept’s most recent report revealed that Dearborn, Michigan is ranked as second among the top five American cities represented on federal watch lists.

“[A]t 96,000 residents, Dearborn is much smaller than the other cities in the top five, suggesting that its significant Muslim population – 40 percent of its population is of Arab descent, according to the US Census Bureau – has been disproportionately targeted for watch listing,” the Intercept reported.

Thursday’s complaint, filed in US District Court for the Eastern District of Michigan, says the plaintiffs were wrongly watchlisted by the government and denied the right to be free “from the unimaginable indignity and real-life danger of having your own government communicate to hundreds of thousands of federal agents, private contractors, state and local police, the captains of sea-faring vessels, and foreign governments all across the world that you are a violent menace.”

“It is an example of five American Muslims standing up, not just for themselves and their own community, but on behalf of all Americans interested in preserving their basic liberties” Gadeir Abbas, another CAIR attorney, told The Intercept with regards to the plaintiffs. “Federal watchlisting, which really is best understood as a system of meting out punishment based on secret laws, is an injustice of historic proportions.”

Upon publication of the Intercept’s original stories, the American Civil Liberties Union was quick to speak out against the government’s haphazard placement of persons, with one ACLU director telling the outlet that it’s “dangerous” yet very real occurrence that the “the government is secretly blacklisting people as suspected terrorists and giving them the impossible task of proving themselves innocent of a threat they haven’t carried out.”