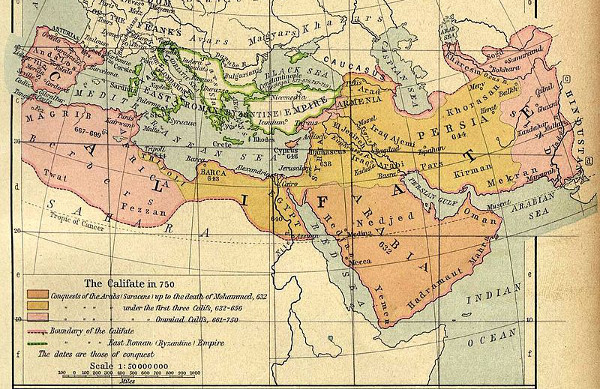 One day Hadhrat ‘Umar bin ‘Abd Al-‘Aziz (Rahimuhullāh) noticed something very strange while having a conversation with his daughters. Whenever any one of his daughters spoke to him she made sure she covered her mouth with her hand. When he inquired about the reason for their action he was told that they did not want to talk to him while their mouths emitted a bad odour as they had eaten a meal consisting of a raw onion and dal only since they had nothing else to eat.

When we talk about Hadhrat ‘Umar bin ‘Abd Al-‘Aziz, we have to bear in mind that we are not talking about an ordinary hand-to-mouth man. Neither are we talking about a middle-class man, and for that matter, not even someone belonging to an elite group. Far more than that! We are actually talking about Khalifah ‘Umar bin ‘Abd Al-‘Aziz, the Umayyad ruler of that time! The above mentioned incident takes place when he was a Khalifah whose empire stretched from the shores of the Atlantic to the highlands of Pamir in Central Asia!

Royal blood ran in his veins, and more so, in those of his daughters’, as he was the nephew of the former Umayyad Khalifah ‘Abd Al-Malik bin Marwan and the cousin of two subsequent Umayyad rulers Waleed and Sulaiman; while his wife Faatimah, the first lady of the time, was the daughter of ‘Abd Al-Malik bin Marwan and a sister to the above referred rulers Waleed and Sulaiman.

When he heard their reason for covering their mouths he started crying and   said to his daughters in an apolegetic tone, “…would  it please you that you eat  delightful and costly dishes while your father goes to Jahannam?”  When the daugherts heard this they too burst into tears.

‘Umar ibn ‘Abd Al-‘Aziz (26th Safar, 63 to 16th Rajab, 101 Hijrah  – 2 November 682 to 31 January 720 AD) – was the celebrated Umayyad Khalifah who ruled from 99 to 101 Hijrah  (718 to 720 AD), for a period less than three years. Ironically, it was during the time of his Khilaafat that, while he and his family members were almost starving, wealth flowed among the Muslims so much so that when the town-criers called on people throughout the Muslim domain to come and collect Zakāt, no one was found in need to respond. While he ruled the largest empire in his time, he personally did not possess enough money that he could perform Hajj.

The historians called him ”Umar Thani’ (‘Umar the Second). Besides being the namesake of the Second Rashideen Khalifah, Hadhrat ‘Umar Ibn Al-Khattaab Al-Farooq (RadhiAllāhu ‘anhu), there is another spectacular reason why he was given this title. To know this reason we will have to turn back the pages of history till we arrive at the ‘Golden Age’ of Islam when Hadhrat ‘Umar Ibn Al-Khattaab Al-Farooq (RadhiAllāhu ‘anhu) was the Khalifah.

As Allāh Ta’ala would have it, in the course of his Khilaafat, during one of his frequent disguised journeys to survey the condition of his people, ‘Umar overheard a milkmaid refusing to obey her mother’s orders to sell adulterated milk, for the reasons that Hadhrat ‘Umar had strictly instructed his subjects not to add water to the milk. The mother reportedly told her daughter that Khalifah ‘Umar was not looking at them at that time. The girl shot back that though Khalifah ‘Umar was not looking at them, Allāh is always watching over everyone.

The next day he sent an officer to purchase milk from the girl and he learned that she had kept her resolve; the milk was unadulterated. ‘Umar summoned the girl and her mother to his court and told them what he had heard. He offered to marry the girl to his son Aasim and she accepted. From this union was born a girl named Layla (or umm Aasim Layla) that would in due course become the mother of ‘Umar ibn ‘Abd Al-‘Aziz.

The Umayyads had turned the Khilaafat into a family business, they lived in luxury and extravagance like kings and princes and they would use the wealth of the Ummah to satisfy their greedy desires. Before ‘Umar ibn ‘Abd Al-‘Aziz acquired the Khilaafat he too was accustomed to an extremely lavish lifestyle as lived by the Ummayad household. However his appointment to the position of a Khalifah had a radical effect upon him and the weight that he now felt upon his shoulders made him change into something that would be spoken about for centuries to come.

He set up standards for austerity and simplicity following in the footsteps of ‘Umar Ibn Al-Khattaab (RadhiAllāhu ‘anhu). It is said that if ever there was a noble ruler after the Khulafaah-e-Rashideen (the Rightly Guided Caliphs), such a man was ‘Umar bin ‘Abd Al-‘Aziz. He had inherited a perfect blend of the virtuous qualities of the milkmaid who was married to ‘Umar Ibn Al-Khattaab (RadhiAllāhu ‘anhu)’s son, and those of ‘Umar Al-Farooq himself, the one who had the eye to discern the noble and sterling qualities in the character of a poor milkmaid.

Upon his appointment the Khalifah‘s carriage was brought for him and he refused saying that his mule was sufficient for him. He disbanded 600 bodyguards meant for guarding his life, and moved out of the royal palace to live with his family in a small modest house comprising two rooms. He freed all his slaves and restored to their rightful owners the properties confiscated by the Umayyads.

He approached his wife Faatimah who had jewellery that was given to her by her father which no one had seen the like of and he said to her: ‘Either you return this to the Bait ul Maal (the State treasury) or you permit me to separate from you because I cannot stand a situation wherein you and I remain in the same house while you have the jewellery.’ This daughter of a Khalifah and a sister to two former monarchs responded to his call and returned the jewels. He then summoned the people of his household and took away from them their possessions and deposited them to the Bait ul Maal.

Some historians have given him the title of ‘the Fifth of the Rashidun Khalifah‘.  The great Scholar Sufyan Ath-Thawri said that the Khulafaah numbered five: Abu Bakr, ‘Umar, Uthmaan, ‘Ali and ‘Umar Ibn ‘Abd Al-‘Aziz.

‘Umar bin ‘Abd Al-‘Aziz was eventually poisoned by a servant who had been bribed by someone from within the House of the Ummayads. It is said in his final moments he was overheard saying: “Marhaba! Marhaba to the faces, which are neither of man nor Jinn.”

He reportedly left behind only 17 dinars, with a will that stated that out of this amount the rent of the house in which he died and the price of the land in which he was to be buried should be paid.

‘Umar bin ‘Abd Al-‘Aziz was a Khalifah for only two years and four or five months. His short reign was like a merciful rain which brought universal blessings. One of its special features was that almost all Berbers in Northern Africa as well as the nobility of Sindh (India) embraced Islam of their own accord.

He prohibited any insults upon ‘Ali (RadhiAllāhu ‘anhu) and his family which had become widespread within the Friday Khutbah and instead he inserted the recitation of the Aayah 90 from Sura An-Nahl. Until today this Aayah is recited in nearly every Khutbah that is given every Friday in all four corners of the world.

A Tailor once visited ‘Umar and brought to him a Thawb (a Jubba or a Kanzu) worth 8 dirham and ‘Umar said: “It is nice but it is too luxurious for me.” So the man said: “I came to you when you were in Al-Madinah (as Wali) with a Thawb which was worth 5,000 dirham and you said to me: “It is nice although it is a bit too rough!”

Muhammad Bin Mobad once happened to be in the Durbar (the state court) of the Roman Emperor of that time. He reports that he found the Emperor in a very pensive mood and drooping spirits. On inquiring about the reasons, the Emperor replied, “I have got the news that a virtuous person has passed away. This is ‘Umar bin ‘Abd Al-‘Aziz… I am hardly surprised to see an average person renouncing the world and giving himself fully to the submission of Allāh. But I am certainly astonished about a person who had all the pleasures of the world at his feet and yet he shut his eyes against them and passed a life of piety and renunciation.”

A female visitor once came to ‘Umar’s house seeking charity and saw a raggedly-dressed man patching holes in the building’s walls. Assuming that the man was a servant of the Khalifah, she asked Umar’s wife, “Don’t you fear God? Why don’t you veil in presence of this man?” The woman was shocked to learn that the ‘servant’ was in fact the Khalifah himself!

During his short rule he received lesser salary than that received by his own subordinates.

In spite of the fact that ‘Umar Bin ‘Abd Al-‘Aziz was a loving father, he never provided his children with luxuries and comforts. His daughter Aminah was his favourite child. Once he sent for her, but she could not come as she was not properly dressed. Her aunt came to know of it and she purchased necessary garments for his children.

He never performed his private work in the light of a lamp which burned the State oil.

After  ‘Umar’s death, his wife Faatimah’s brother Yazid who succeeded him as Khalifah offered to return her jewellery to her. “I gave up these valuables during my husband’s lifetime; why should I take them back after his death”, she told him.

It is said that that ‘Umar Ibn Al Khattaab used to speak of a dream where he saw one of his progeny becoming a leader that would fill the earth with justice and that he would have a scar on his face. Now in the year 99 Hijrah his great grandson ‘Umar bin ‘Abd Al-‘Aziz, who had been struck in his childhood by the animal that he was riding and that left a scar on his forehead, became the Khalifah. Allah knows best about the authenticity of this narration but there is no disagreement that ‘Umar Ibn ‘Abd Al-‘Aziz filled the earth with justice during the time of his Khilaafat.