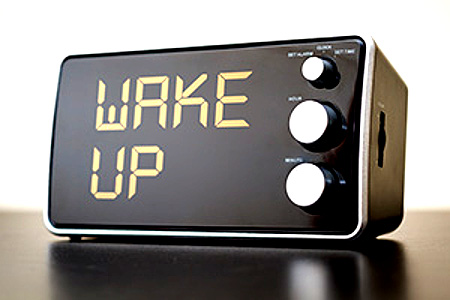 There are more signs that what the Israeli assault on Gaza in 2008-2009 did for the left, the latest assault is doing for the mainstream: solidifying a perception that Israeli leadership has lost its moorings, opening the floodgates of criticism.

The Israeli attack on the UN school on Wednesday followed later by the attack on civilians in Shuja’iyyah market during an announced ceasefire had an effect on public officials. The school attack at last gained a rebuke from the Obama administration, though it didn’t pin blame on Israel. At the State Department briefing, reporters expressed distress that the U.S. is not saying more.

[Update: The U.S. government has now concluded that Israeli shells hit the school. The White House has called the attack “indefensible.” Reporters in the State Department this afternoon asked again and again why the U.S. is supplying arms to Israel given massive civilian casualties. Why is this different from when we cut off arms to Egypt after it fired on its citizens? two reporters have asked.]

And some of our leading MSM voices are letting their outrage show: Ayman Mohyeldin of NBC and Erin Burnett of CNN have shown humanity and courage. Burnett has tee’d up the obvious question: Why are Americans funding Israeli carnage?

The US has finally condemned Israel implicitly, by condemning the shelling of the UN school. AP on twitter:

It’s the sharpest criticism the U.S. has leveled at Israel over the more than three weeks of fighting

The White House did call for “a full, prompt and thorough investigation.” Here’s the White House’s equivocal statement, from Eric Schultz to the press:

the United States does condemn the shelling of a U.N. school in Gaza which reportedly killed and injured innocent Palestinians, including children and U.N. humanitarian workers….We also condemn those responsible for hiding weapons in the United Nations facilities in Gaza.  All of these actions violate the international understanding of the U.N.’s neutrality.

As you know, we first and foremost believe in Israel’s government — in the Israeli government’s right to and obligation to defend their citizens.  They’ve chosen to take military action to provide for that protection.  But as you also note, we’ve been very clear that Israel needs to do more to live up to its own standards to limit the civilian casualties.

At the State Department briefing, Matt Lee of the Associated Press dared to wonder about “consequences” if the U.S. ever were to determine that Israel hit the U.N. school, and another reporter asked about U.S. munitions involved in these assaults on civilians. Throughout the briefing, reporters asked about the overwhelming nature of the Israeli assault; and State condemned the school attack again and again, without blaming Israel, and expressed “concern” about the number of civilian casualties.

Excerpts of the reporters’ questions, along with Marie Harf’s occasional response:

Question: According to UNRWA, this is the sixth time that one of their schools has been hit. Israel has, in the past, said that it regrets any civilian casualties, says that it’s doing its best not to – or to mitigate collateral damage. You have said in the past that you think Israel needs to do more to live up to its own very high standards. This keeps happening, though, and I’m wondering, these mistakes or these – I don’t know if you – I don’t know if “mistakes” is the right word, but this seems to happen over and over again. Are you concerned that Israel is not attempting to live up to its own very high standards, or do you believe that they are trying to but are falling short in these cases?

MS. HARF: Well, I do believe that they are trying to live up to the high standard they set for themselves…

If you know that there are hundreds, if not thousands, of innocent civilians in any target, whether it’s a UN facility or anything, do you think that that is a legitimate target?…

Marie, are you aware of the number of Palestinians that are in UNRWA schools?

MS. HARF: I don’t have a number for you, Said. They may have one…

this is becoming a daily ritual. I mean, the Israelis drop leaflets telling the Palestinians to evacuate, they take shelter in these facilities, then they are targeting. Parks are targeted, hospitals are targeted, and all these things are targeted. Pretty soon you’re not going to have any space where they are going to go. Where should they go?…

Marie, you just said that – again, that you’re – you stand with Israel and, quote, “We are proud to do so.”

QUESTION: But using weaponry that’s been supplied by the United States, is that correct?

MS. HARF: We have a very broad relationship with Israel to help it defend itself. I will check on the specifics about the resupply. But yes, we are very committed to their security.

Pierre Krahenbuhl, commissioner general of the UN Relief and Works Agency, said we’ve moved into the realm of “accountability.” There must be legal action against Israel:

Last night, children were killed as they slept next to their parents on the floor of a classroom in a UN designated shelter in Gaza. Children killed in their sleep; this is an affront to all of us, a source of universal shame. Today the world stands disgraced….

We are in the realm of accountability. I call on the international community to take deliberate international political action to put an immediate end to the continuing carnage.

What is the appropriate response to the Israeli massacre? Many folks have passed along this incredible video of Chris Gunness of UNRWA breaking down over the latest atrocity during an interview– in evident despair over the world’s disdain for Palestinian life. I see that it is in the New York Times today. And posted by Hamas.

US officials haven’t cracked. Chuck Hagel’s expression of concern for civilian casualties and unwavering support for Israel is soldierly and shameful.

But here is one sign of US political breakage. Defense News:

A top Senate Republican is breaking with other party leaders by opposing the use of emergency funding to assist Israel in its fight against Hamas.

Roy Blunt of Missouri says Israel can wait for the regular Senate appropriations. And Defense News goes right to the Jewish vote:

“I’m a big fan of the Iron Dome, and the information we can share through Iron Dome [with Israel],” Blunt said during a brief interview. “There’s Iron Dome funding in the regular [defense] appropriations bill. I think that’s the place to do that.”

Missouri’s Jewish population makes up only 1 percent of the state’s total population, according to the US Census Bureau.

Maybe the media will give these officials more cover to begin to criticize. Erin Burnett’s coverage on CNN last night was excellent. She focused on the attack on the Shuja’iyyah market, showing this disturbing video of terrorized civilians. My wife had to leave the room; Burnett said, “Tough to watch.”

Her questions to former Israeli ambassador Dore Gold were just this side of withering. “That’s my question: where is ‘there?’” she pressed him, as he said that civilians could escape Israeli attacks.

When Maen Rashid Areikat of the PLO came on and grew angry about questions of Israeli responsibility/Hamas’s responsibility for the latest massacre, Burnett let him go on, from the heart. The CNN headline says it all: “The world has to wake up, the United States has to wake up.”

Burnett then did a segment on U.S. support for these atrocities. Her twitter feed indicates her attitude:

The U.S. is resupplying #Israel w/ ammunition…. the story of unilateral support for Israel’s military ops.

“If U.S. really wanted the fighting to stop, wouldn’t they do something about it?” @ErinBurnett w/ that question to @aarondmiller2

She pointed out this horrifying editorial by Michael Oren:

“more civilians will suffer, but by ending the cycle once and for all thousands of innocent lives will be saved.”

and promoted the response to it on her show, from James Zogby:

We can only hope that Burnett follows up this coverage by going to Gaza herself after this onslaught ends, and seeing what the open-air prison, as Areikat put it, looks like. Seeing the occupation in the West Bank, too.

Andrea Mitchell of NBC is also evidently upset. She asked the Israeli ambassador Ron Dermer if “Israel may be losing its soul, may be losing the war because of the political impact of what is happening on the ground.” He said it isn’t:

“We are upholding our values under the most extreme circumstances.”

Ayman Mohyeldin continues to let his feelings show. Last week he reported on the miraculous birth of a baby whose mother had been struck by Israeli arms. Well, the girl died.

Good Night Shayma’…Humanity has let you down.

Mohyeldin retweeted Ken Roth’s judgment on the Israeli attack on the UN school:

“Nothing is more shameful than attacking sleeping children.” “All available evidence” points to #Israel: Ban Ki-moon.http://trib.al/7sa3KNj

He has tweeted an image of that mosque that Israel destroyed yesterday, toppling the minaret

Shati Refugee Camp, Gaza. Israel destroyed this mosque. In doing so, the blast severed the towering several-ton minaret structure which collapsed into, and destroyed the residential building across the street that had already been damaged by the explosive blast. Even if Israel is using surgical strikes, it’s the civilian population that – may have no idea what is happening in a mosque across the street – that is paying the price.

I’ve spent 29 years in the United States Senate and had a 100 percent voting record pro-Israel, and I will not take a second seat to anybody in my friendship or my devotion to the protection of the state of Israel. But I also believe, as somebody who’s been to war, that it is better to try to find a way, if you can, to solve these problems before you get dragged into something that you can’t stop. And it seems to me that this is a reasonable effort, fully protecting Israel’s rights, fully protecting Israel’s interests, and Prime Minister Netanyahu himself said to me: Can you try to get a humanitarian cease-fire for this period of time? And if it weren’t for his commitment to it, obviously, the President of the United States and I would not be trying to make this effort. Now, either I take his commitment at face value, or someone is playing a different game here, and I hope that’s not the fact.