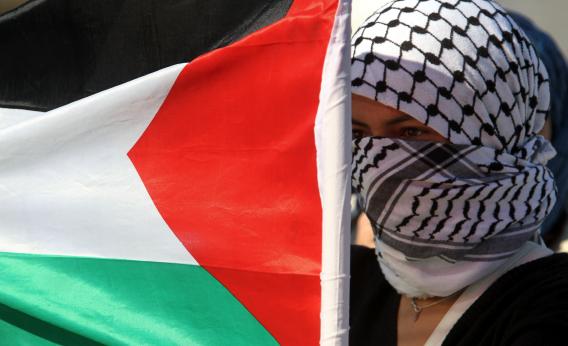 When Shujaiya was attacked by the Israeli Defence Force, killing dozens of civilians, the first I heard about it was via Twitter, early Sunday morning.

An activist on the ground I follow tweeted: “people running out of Shujaiya, bodies lying on ground”.

Soon after, Mohammed Omer an award-winning Palestinian journalist who tweets as @Mogaza – reported:

“Israel refuse allowing ambulance crew to get into Shejaia now! scores of dead bodies in all streets now! #gaza”

Not long after that, numerous western TV journalists stationed alongside Palestinian ambulance crews, including my colleague, Jonathan Miller, reported the same things. There was immediacy, corroboration and – with pictures – evidence.

Now compare that to the Israeli Defence Force Twitter feed, @IDFSpokesperson, as news emerged of the massive bombardment and civilian deaths. These are the first three tweets:

Nothing in those three tweets constitutes either a defence of, or explanation for, the killing of tens of non-combatants. But in the space between them, anybody following the Gaza conflict from both sides would have seen tens of independently shot images and accounts of civilian death and the destruction of housing and civilian infrastructure.

The incident shows who is winning the social media war over Gaza. It is evidence of a massive change in the balance of power between social media and the old, hierarchical media channels we used to rely on to understand wars.

Specifically social media has the power to do three things: first, to show people reality or a version of it independent of what TV networks show. Second, and I think just as important, journalists on the ground are using social media to report, necessarily short-circuiting the normal editorial processes that used to filter what they said. Third, to get into your real life consciousness much more powerfully than the old media.

Let’s work through each of these new powers and understand their impact. In a society where the media is supposed to observe balance and impartiality, getting real-time access to corroborated facts independently of TV stations is not so revolutionary.

But modern-day America is not one of those countries. Its media is traditionally heavily skewed towards the pro-Israeli view. My colleague, Matt Frei, tweeted that CNN’s Wolf Blitzer interview with Netanyahu was less a grilling more “a warm bath and a back rub”. Others used more profane metaphors.

But now, for the first time in a major Arab-Israeli conflict, the American public has other sources of reality. All research says that young people everywhere regard Twitter as essentially a news service, and via your social network you can easily get served up words and pictures more impactful than anything on TV. By the time many Americans woke up on Sunday, these pictures were of dead Palestinian children.

Netanyahu complained the Hamas strategy was to provide “telegenically dead” people: but where Israel is losing the hearts and minds of the world is not via “tele” anything: it is in the JPEGs that stream into millions of people’s mobile phones every time they glance at the object in the palm of their hand.

Later, Netanyahu‘s own Twitter feed also started to distribute pictures: but they were infographics purporting to show that Hamas had dug tunnels below Shujaiya. To a generation reared on instant images of reality, carefully prepared images of what you think reality might be do not have the same impact. They look like propaganda, no matter what evidence you possess.

Let’s be clear: targeting civilians, and failing to avoid civilian casualties during military attacks, are both indictable as crimes under the fourth Geneva convention. The indiscriminate firing of rockets into Israel has been described as a war crime by Amnesty International. By midday Sunday, anybody following the Gaza events on Twitter would have enough evidence to ask the same question about Shujaiya.

That’s how much power the social media has put in the hands of people, and taken away from governments.

The second big change is the ability of journalists to tweet from within Gaza itself. During Operation Cast Lead in 2009, there were far fewer mainstream networks there, and many of them did not tweet. Today, most reporters are required to tweet as a part of their jobs. But tweeting, and traditional news reporting, are not the same.

Reporting goes through an editing process; things that don’t conform to editorial policy can be weeded out; facts have to be cross-checked with other facts and claims. The reporting team itself – producer, reporter, camera crew, translator for TV – form an initial filter. But in Gaza, there is no filter; plus you are now getting camera crews and off-screen TV journalists tweeting. On newspapers, several different reporters will be tweeting, rather than it all going into the editorial machine and coming out as one thing.

And here’s the point: instant, unfiltered reports are cross-checked via the hive-mind created by social media itself. It is the medium that becomes the editing process: as last night, for example, when well-connected Israeli journalists were able to confidently nix the Hamas claims to have captured an Israeli soldier. Once they did this, reporters inside Gaza were able to question Hamas’ account.

I’ve worked at two major global news organisations, each of which has different editorial rules and styles about reporting the Middle East conflict. It’s fair to say that, once you put a dozen journalists on the ground with Twitter, editorial policies and processes may continue to work for the final, polished – some would argue censored and ideologised – reports: but the raw output will remain raw, and any attempt to put an ideological, or politically correct, gloss on the facts, will be much easier to spot.

Incidentally I think this is true for all conflicts and all sides: I don’t read Arabic but I would imagine the Arabic Twittersphere can be as challenging to the official Hamas version of events; I know that the English-speaking Israeli Twittersphere has been challenging the government’s view of events, and also circumventing military censorship notices.

The third new quality social media brings to a war like this, on top of independence and its impact on journalists, is the subliminal and pervasive nature of the content. When an event like Shujaiya happens, it literally floods people’s timelines.

I “witnessed” it sitting in a field in Wales, with no TV, and no computer, only a sporadically updated Twitter app on my iPhone using wi-fi too rubbish to even get any of the HTML liveblogs up.

You cannot stop pictures dropping into your timeline so, for several days now, I have been seeing dead people in Gaza – civilians, combatants – mixed up with the equally disturbing pictures of the victims of MH17.

While I find I get desensitized to the individual images, it also means the issues behind them become very present in my thinking. I don’t think I am the only person who has lost sleep or experienced anxiety due to the pervasive killing my social media streams are bringing to my daily life. What I mean is, if you are following these events, they can become far more real via social media – where your friends, acquaintances, colleagues etc – are reacting in real time -than when they were filtered via a daily news bulletin, or live reports from satellite points.

Probably the most famous war photograph of all is of Vietnamese girl Phan Thị Kim Phúc lacerated by a US napalm strike in 1972. Audio tapes later released reveal US president Richard Nixon saying to his chief of staff Bob Haldeman, “I’m wondering if that was fixed.” “Could have been,” replies Haldeman.

Today, anybody, wishing to bomb civilians, or risk civilian casualties in a military operation, can tell quite quickly what is fake and what is real. And so can the population that elects them. That’s the difference.